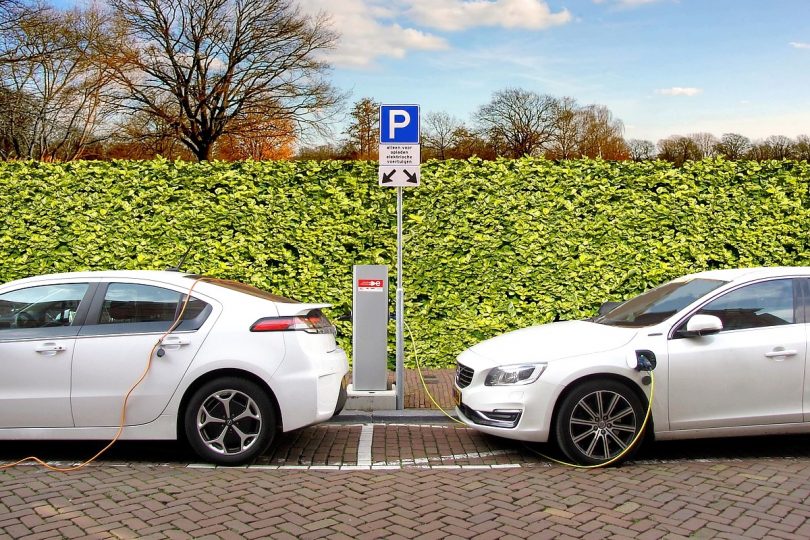 The actual contribution of plug-in hybrid electric vehicles (PHEV) and battery electric vehicles (BEV) to greenhouse gas mitigation depends on their real-world usage. Often BEV are seen as superior as they drive only electrically and do not have any direct emissions during driving. However, empirical evidence on which vehicle electrifies more mileage with a given battery capacity is lacking. Here, we present the first systematic overview of empirical findings on actual PHEV and BEV usage for the US and Germany.

Contrary to common belief, PHEV with about 60km of real-world range currently electrify as many annual vehicles kilometres as BEV with a much smaller battery. Accordingly, PHEV recharged from renewable electricity can highly contribute to green house gas mitigation in car transport. Including the higher CO2eq emissions during the production phase of BEV compared to PHEV, PHEV show today higher CO2eq savings then BEVs compared to conventional vehicles. However, for significant CO2eq improvements of PHEV and particularly of BEVs the decarbonisation of the electricity system should go on.

The limited range of BEV is a major factor impeding the mass market diffusion. Only a decreasing battery price together with an increasing range of vehicles and a reliable fast charging system might overcome this issue. Presently, PHEV that combine an electric drive train with a conventional one provide already a suitable technology for all mobility patterns. The propulsion can be provided by two modes: In charge depleting mode only the electric engine is operating. In charge sustaining mode (usually applied when the battery has been depleted), the combustion engine is providing the energy for propulsion and keeps the battery state-of-charge within a small window. For some models, also blended modes exist where both the combustion engine and the electric motor are working in parallel following complex schedules.

Increasingly ambitious limitations on CO2 fleet emissions are based on official driving cycles and applied in most regions of the world. They have a significant effect on carmakers and vehicle users. The current consideration of PHEV in these driving cycles is somewhat arbitrary and emissions of electricity production are neglected. Many countries give higher purchase subsidies to BEV since they show no direct CO2eq emissions during their use phase. However, to favour BEV over PHEV requires higher contributions to greenhouse gas mitigation in real-world conditions. Consequently, an empirical evaluation of both BEVs’ and PHEVs’ climate contribution is of high value for policy makers, car industry and potential users.

From an analytical point of view, PHEV fuel consumption depends on the PHEV’s all-electric range (AER) and the typical distance driven between recharging. The utility factor (UF) is the share of electrified kilometres of total kilometres driven of a PHEV. Assessing empirical fuel consumption of PHEV is challenging since the share of electricity and conventional fuel for propulsion is never measured officially and strongly depends on the individual driving and charging patterns.

The results in brief: PHEV are an alternative to BEV in terms of electrifying mileage in order to mitigate GHG emissions from transport. However, little is known about their average UF and annual electrified mileage in real-world driving. Here, we present the first systematic overview on usage of PHEV in comparison to BEV with a total sample of 73,000 PHEV and 49,000 BEV from the US and Germany. We find the average UF is mainly dependent on the all-electric range (AER) and ranges from 15–35% for about 20 km, about 40–50% for 40 km and about 75% for about 60 km of real-world AER.

Today, empirical mobility patterns show that PHEV with about 60 km of AER electrify about the same annual mileage with half the battery capacity compared to BEV. A suitable fast charging system might however reverse this advantage. Currently, EV decrease CO2eq emissions compared to conventional vehicles and for vehicle life times below about 7 years, the effect from PHEV dominates today. This is a fortiori true for the specific emission reductions based on battery capacity. A decarbonisation of electricity generation will improve the CO2eq emissions from BEV considerably.