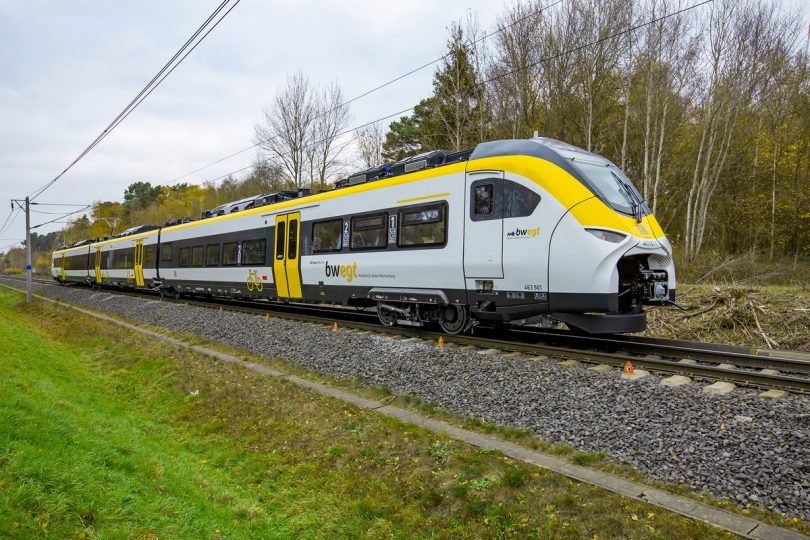 In June 2020, the Mireo is scheduled to begin service in the Rhine Valley network in Southwest Germany that is operated by the DB Regio Regional Business Unit of Deutsche Bahn. DB Regio AG has ordered a total of 24 Mireo trains. ©_Siemens Mobility

Battery trains to be tested in Denmark: Following an agreement announced on 29 November 2019 in Denmark suppliers are to be invited to test battery-powered trains on regional lines in late 2020 and early 2021. A potential EMU order could see battery trains enter passenger service from 2025. The agreement between the Ministry of Transport & Housing and the Sjælland, Midtjylland and Capital Region authorities follows a study into options for battery operation in northwest Sjælland. The trials are to be undertaken on Helsingør – Hillerød line north of København and on the Lemvigbanen linking Vemb, Lemvig and Thyborøn in Jylland. The analysis found that battery trains could also be used on the Kalundborg – København route, with co-ordination allowing the provision of though services between Nykøbing /Sjælland and København. 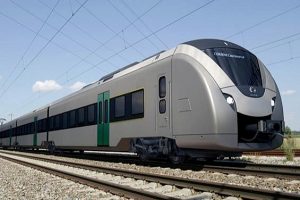 Battery units planned for RE6 Chemnitz – Leipzig route: Mittelsachsen and Leipzig transport authorities ZVMS and ZVNL have agreed to order 11 three-car battery-powered versions of Alstom’s Coradia Continental multiple-units for use on Chemnitz – Leipzig service from as 2023. According to ZVMS Managing Director Harald Neuhaus the rail link between Chemnitz and Leipzig will be noticeably faster, more comfortable and more environmentally friendly. Route RE6 is currently operated by Transdev’s Mitteldeutsche Regiobahn using Siemens ER20 diesel-electric locomotives and coaches.

The air-conditioned multiple-units will have 150 seats including nine in first class, all with tables and power sockets, and also six bicycle spaces. The maximum speed of 160 km/h will be an increase of 20 km/h from the current services and reduces journey times by up to 6 min. The roof-mounted batteries would be charged at Chemnitz and Leipzig stations using conventional pantographs, with a charging time of around 30 min.

Baden-Württemberg ordered battery Mireos: In August 2019 the Land of Baden-Württemberg ordered a fleet of 20 Mireo battery-electric multiple units from Siemens Mobility to operate the “Netz 8 Ortenau” package of regional lines (Rhine valley). Procurement began in May for the concession to operate the electrified route from Offenburg to Freudenstadt/Hornberg, and the non-electrified branches from Appenweier to Bad Griesbach, Achern to Ottenhöfen and Biberach to Oberharmersbach-Riersbach. The contract will run for 13 years from December 2022 with an expected operation of 2.1 million train-km/year. The trains will operate on and off electrified routes, similar Mireo EMUs have already been procured to operate on the electrified Rheintal services in the same area. Commissioning of the new trains is scheduled for June 2023.