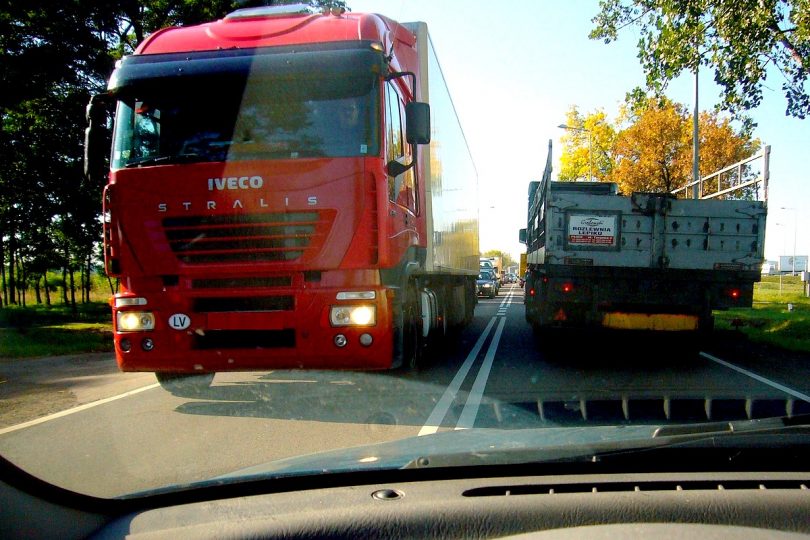 Heavy-duty vehicles (HDVs) like trucks, buses and coaches produce around a quarter of CO2 emissions from road transport in the EU and around 5% of the EU’s total greenhouse gas emissions – a greater share than international aviation or shipping. Action is needed to curb these emissions.

Emissions set to increase without action

Despite some improvements in fuel efficiency, CO2 emissions from HDVs rose by over 30% between 1990 and 2007, mainly due to increasing road freight traffic, and are currently around 19% above 1990 levels.

Projections indicate that, without policy action, emissions from HDVs would increase by up to 10% between 2010 and 2030. Further action is therefore required to curb emissions from HDVs and deliver the objective set out in the Commission’s 2016 Low-emission mobility strategy to reduce transport greenhouse gas emissions by at least 60% from 1990 levels by 2050.

Despite the economic importance of fuel consumption, CO2 emissions from HDVs are currently neither measured nor reported. The Commission’s actions to address this gap include:

These are first steps towards curbing CO2 emissions from HDVs. As such, they:

HDVs are quite complex vehicles and physically testing each of them to determine the CO2 emissions would be very burdensome. The Commission has therefore developed a new tool, the Vehicle Energy Consumption Calculation Tool (VECTO), in close cooperation with stakeholders.

VECTO is a simulation software that can be used cost-efficiently and reliably to measure the CO2 emissions and fuel consumption of HDVs for specific loads, fuels and mission profiles (e.g. long haul, regional delivery, urban delivery, etc.), based on input data from relevant vehicle components. For more information on VECTO, read Annex 4 of the impact assessment supporting the monitoring and reporting proposal.

Monitoring and reporting of CO2 emissions from HDVs

The Commission has proposed that, as of 1 January 2019, lorry manufacturers will have to calculate the CO2 emissions and fuel consumption of new vehicles they produce for the EU market, using the new Vehicle Energy Consumption Calculation Tool (VECTO). This information will be declared for the registration of vehicles under the EU type-approval legislative framework, in application of the so-called certification regulation, a new draft Commission regulation which received a positive opinion by the Technical Committee on Motor Vehicles on 11 May 2017.

According to the draft certification regulation, manufacturers will have to determine the CO2 emissions and fuel consumption of new lorries above 7.5 tonnes. The scope of the regulation is set to be amended in the future to also cover smaller lorries and buses and coaches. This would allow monitoring of CO2 data from these vehicle categories too.

More information on the monitoring and reporting proposal is available in this memo.