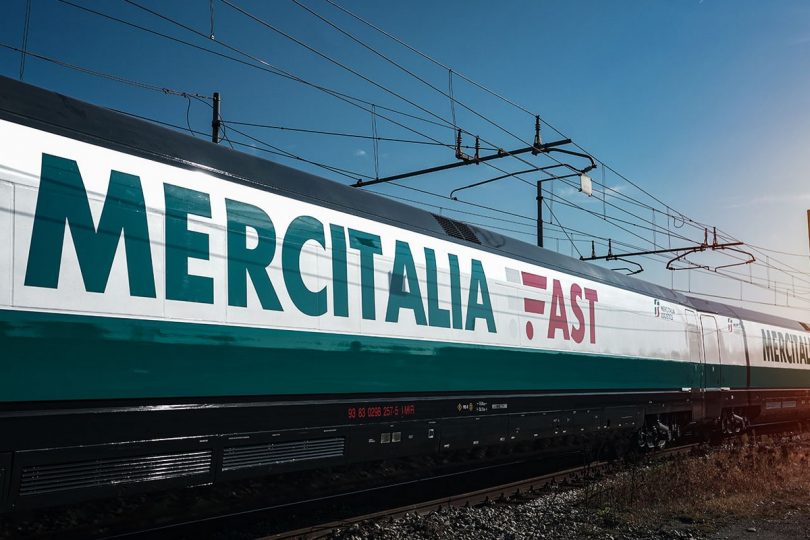 Since Wednesday 7 November, a new all freight service, managed by Polo Mercitalia (FS Italiane Group), connects the Mercitalia Terminal of Maddaloni-Marcianise (Caserta), the logistic gateway to Southern Italy, with the Bologna Interport, one of the most important logistics hubs in Northern Italy. Using the Italian High Speed/High Capacity network from Monday to Friday, it takes 3 hours and 30 minutes.

“With the launch of the new Mercitalia service, the transport of goods enters the third millennium, as we implement a paradigm shift”,  underlines the Minister of Labour and Economic Development, Luigi Di Maio. “We make the movement of goods in our country fast, remarkably safe and environmentally friendly. These are the concrete actions of a Government that strongly emphasizes intermodality in transport. We are taking the first step of a broad and defined project that aims to make Italian high-speed freight transport a cutting-edge model in the European context. It is an important step for the South, which must increasingly be central to trans-European routes and which will have important employment effects.”

“The development and strengthening of freight transport, together with the transport of people with regional and long-distance connections, is FS Italiane’s priority”, said Gianfranco Battisti, CEO and General Manager of the FS Italiane Group. “Mercitalia is already the largest Italian player in the European freight market, with a consolidated turnover of over EUR 1 billion a year and one of the most important fleets of locomotives and freight wagons in Europe. Through the definition of a new vision, a new strategy and a new business model that unites and integrates all its companies, Mercitalia has the primary objective of reorganizing and relaunching FS Italiane Group’s freight business, creating a real Italian ‘champion’ able to compete on equal terms with other foreign giants in the sector.”

“Mercitalia Fast will be the first freight transport service to use the national High Speed/High Capacity railway network”, highlighted Marco Gosso, CEO of Mercitalia. “Our goal is to offer a tailor-made service to those customers who need to deliver goods quickly, reliably, and on time, features that are increasingly in demand with the current e-commerce boom. Today we are the only operator able to offer such an innovative service. In the future, we plan to extend Mercitalia Fast services to other terminals located in the main Italian cities serviced by the High Speed network.”

The Mercitalia Fast service was designed to meet the needs of customers such as express couriers, logistics operators, producers, distributors and real estate developers.

The goods will travel on board a High Speed train which has a load capacity equivalent to 18 tractor-trailers. The use of rolling containers will make loading and unloading operations quick, efficient and safe.

This first Mercitalia Fast service should lighten traffic on the main Italian motorway (Autostrada A1) by about 9,000 tractor-trailers annually, reducing carbon dioxide emissions in the atmosphere by 80% compared to road transport.