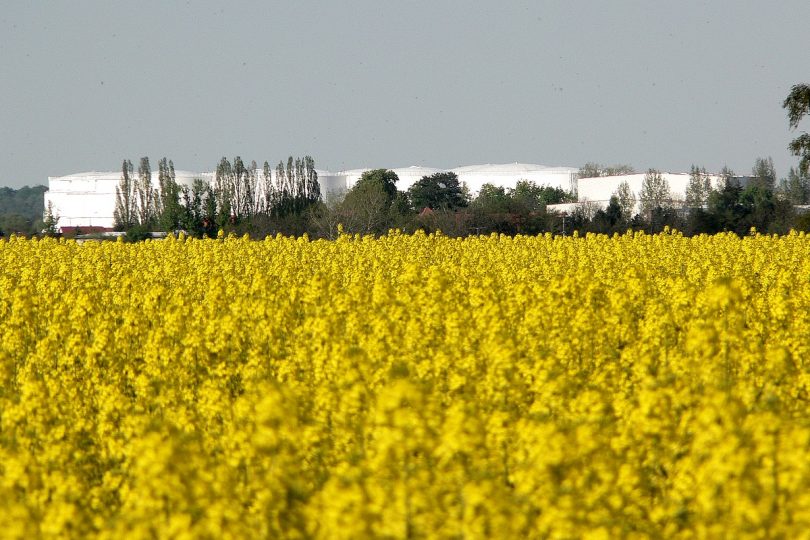 In the first half year of 2018, German biodiesel exports climbed considerably. Demand from the US, but also from Sweden and Austria, increased sharply.

In the first six months of 2018, German exports of biodiesel surged more than 14% to 877,000 tonnes compared to the year-earlier period. Just less than 88% of this tonnage was marketed within the EU-28. This was up 7.5 from the year-earlier period. The Netherlands remained the primary recipient country of German biodiesel despite a 10% decline in imports to 288,800 tonnes. 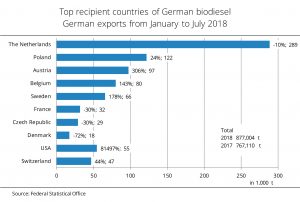 By contrast, Poland’s orders for biodiesel of 121,800 tonnes were up around one fourth from the first half year of 2017. Quadrupling its imports, Austria outpaced Belgium and moved into third place, although Belgium more than doubled its imports. However, the US recorded the biggest growth in imports, absorbing 54,670 tonnes. In same period in 2017, US imports were extremely low at 67 tonnes.

According to Agrarmarkt Informations-Gesellschaft (mbH), Sweden and Switzerland also imported considerably more German biodiesel than in the reference period. By contrast, shipments to France, the Czech Republic and very especially Denmark declined. Demand from Denmark crashed 72% to around 17,600 tonnes.

The Union zur Förderung von Oel- und Proteinpflanzen (UFOP) has underlined the competitive advantage the German oil mill and biodiesel industries have over the rest of Europe and the important contribution they are making towards safeguarding German and European rapeseed production.

The association said that although the actual share of rapeseed oil-based biodiesel in the entire biodiesel market was unknown, it could be indirectly deducted from the utilization of rapeseed processing capacities. Neverthelesss, UFOP has expressed fears that oil mill changeovers from rapeseed to soybean processing cannot be ruled out, depending on feedstock costs and where technically possible. The reasons are large global supply and market distortions following the tariff conflict between the US and China.

UFOP has pointed out that the GMO soybean oil that would accumulate would have to be utilized for engineering or energy-related uses, unless it would be possible to sell the oil outside the EU‑28 for food purposes.