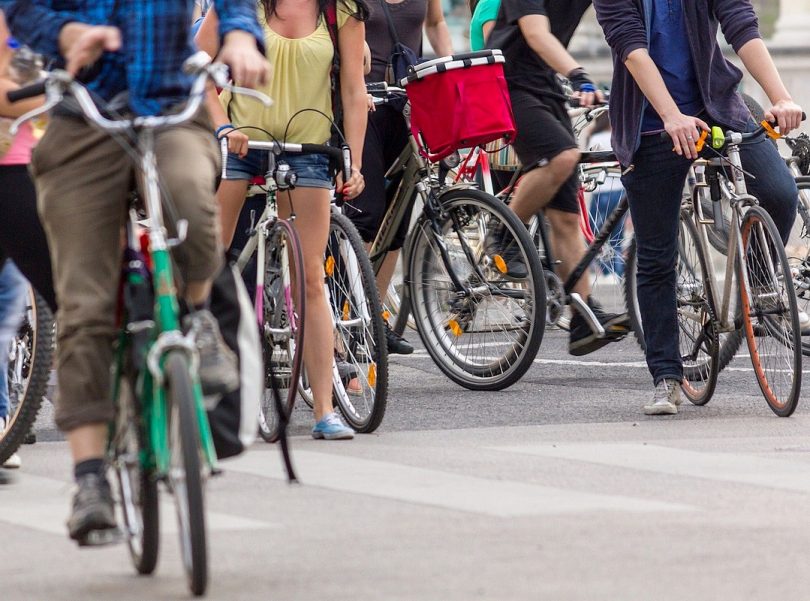 Researchers from the Transport Research Centre (TRANSyT) at Universidad Politécnica de Madrid (UPM) carried out a study to identify the car trips that could be replaced by more active modes e.g. by bicycles or walking. They also identified the barriers perceived by people who travel by car.

The obtained results provide valuable information to implement measures that promote the replacement of cars by other non-motorized transport for short trips.

In order to study and assess a potential modal change towards an active transports mode in a medium-sized city, UPM researchers have carried out a study in Vitoria-Gasteiz (Spain). Firstly, they assessed the percentage of car drivers that potentially could have used active modes (cycling and walking).

“Results suggests that, in Vitoria-Gasteiz (Spain), around 20% of car trips could have made on foot and up to 40% by bicycles”, says Belén Martín, a researcher involved in this study.

Secondly, they assessed the main barriers perceived by users to use the bicycle based on the information of potentially replaceable trips by active modes. This analysis aimed to find out what barriers are more relevant to switch from cars to bicycles in short journeys.

The barriers perceived as the most limiting by car users concern personal safety and practical issues such as the lack of cycle lanes, parking, and repairs.

“The obtained results provide valuable information for policymakers and city council staff”, says Javier Delso, another researcher involved in this study. Both the obtained distance thresholds and the percentage of short car trips potentially replaceable can help define transport regulations. “The analysis results of the perceived barriers can be used to study the most suitable measures to boost the switch from car to bicycle for short trips”, concludes Delso.