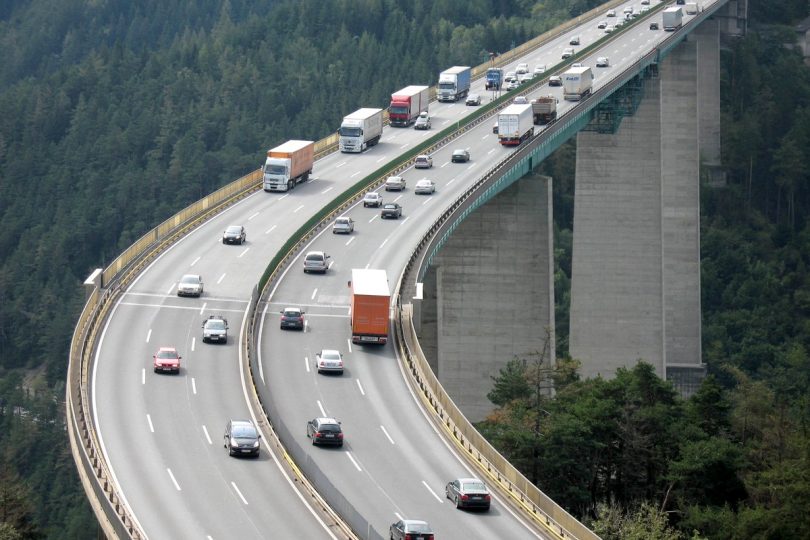 Europe’s transport infrastructure needs effective and proactive maintenance in order to continue its safe operation during the entire life cycle. A new report by the European Commission’s Joint Research Centre (JRC) zooms in on research and innovation in bridge maintenance, inspection and monitoring in Europe in the last quarter of a century, and sheds light on the future of  monitoring technologies for bridges.

More than 1,234 km of over 100 meter long road bridges are found along the major European transport corridors in the Trans-European Transport Network, connecting people while making transport easy and fast. But this critical transport infrastructure is ageing. Many of the bridges were built during the economic boom of the 1950s and have now reached the end of their design life. Most bridges also carry significantly more vehicles than originally expected. This makes bridge maintenance, inspection and monitoring of critical importance.

Recent tragic events, such as the Genoa bridge collapse, only highlight this need.

A new JRC report presents a comprehensive analysis of research and innovation (R&I) in bridge maintenance, inspection and monitoring in Europe in the last quarter of a century. It spans across sensing technology, bridge safety, improvement of maintenance methods, materials and components, periodic manual inspection of the structures, natural or man-made hazards and their impact on bridges.

Before 2008 (FP2 – FP6), the most researched topics were materials, components and software tools, still with a moderate number of projects. During this period, there was very little focus on sensing technologies and projects addressing hazards or bridge safety.

The period between 2008 and 2013 (FP7), saw a great increase in the number of funded research projects. Previously least researched categories such as sensing technology, hazards and bridge safety took some of the highest positions, signifying a strong shift in research priorities. During FP7, specific hazards were addressed, including low probability high consequence events, which can cover landslides and tsunamis, and unforeseeable events, such as terrorist attacks. Many of these hazards were studied in proposals related to disaster resilience, following extreme flooding events in Northern Europe and catastrophic earthquakes in Southeast Europe.

From 2014 onwards, covered by the Horizon 2020 FP, bridge safety and hazard projects start to decline, giving space to the topics of maintenance & lifecycle and bridge visual inspection. The total EU contribution for each FP shows that FP7 and H2020 have received the highest budget related to bridge research projects, with total contribution of EUR 71.1 million and EUR 28.6 million respectively. These figures are significantly higher if research projects not exclusively addressing bridges are considered. In the same period, a decline in research expenditure has been observed in general for transport infrastructure in Europe.

The EU funding via the FPs is not the only source of research funding for bridges maintenance. Member States also invest in research and innovation in bridge maintenance, sometimes in complementary ways or in other areas which have spill-overs. Basic research is also fundamental in the Member States’ research, with Italy for example funding 22 research projects since 1999.

A gap to bridge between research results and practical application

The JRC authors have observed a weak link between research (including case studies) and the wide scale adoption of technologies, with most cases happening in recent large scale bridge projects, where budget is less restricted. For older bridges that need regular maintenance and monitoring, the innovative technologies do exist, but there is a gap between research and application.

The research could be optimised across Europe, as there appears to be a certain overlap of research, especially regarding sensor technology. While bridge maintenance is covered by national legislation, no specific legislation or standards on bridge monitoring are in place beyond some recommended practices.

In terms of patent activity and academic research, figures indicate that China is leading in bridge maintenance. The JRC experts found 148 patent filings in the field of bridge structural health monitoring in a ten-year timespan. 72 patents were filed in China, the majority of which in the last years. The US and the EU come a close second with 28 and 27 filings, followed by Japan and South Korea.

New solutions and technologies are being explored to develop low-cost, large scale and easily deployable systems that could contribute to the monitoring of the large number of civil of structures that, at present, are missing dedicated supervision. Some of the emerging methods focus on novel technologies, for example the use of drones (two projects already under the H2020 programme), Earth Observation data and Synthetic Aperture Radar, crowdsourcing and fast speed cameras.

In 2019 the JRC is launching the 2-year exploratory research project MITICA (Monitoring Transport Infrastructures with Connected and Automated vehicles), focusing on bridge monitoring from sensors present in connected and cooperative vehicles that are expected to enter the roads in the future.

The JRC report supports the STRIA infrastructure roadmap update, with a specific assessment of research carried out on bridge maintenance, inspection and monitoring, based on the Commission’s Transport Research and Information Monitoring and Information System (TRIMIS).

As part of ‘Europe on the Move’, the Commission also proposed update rules on road infrastructure safety management. In the future, infrastructure safety will be assessed more systematically and more proactively for more roads in the EU, helping to target investment. The co-legislators found a provisional agreement on the update in February.