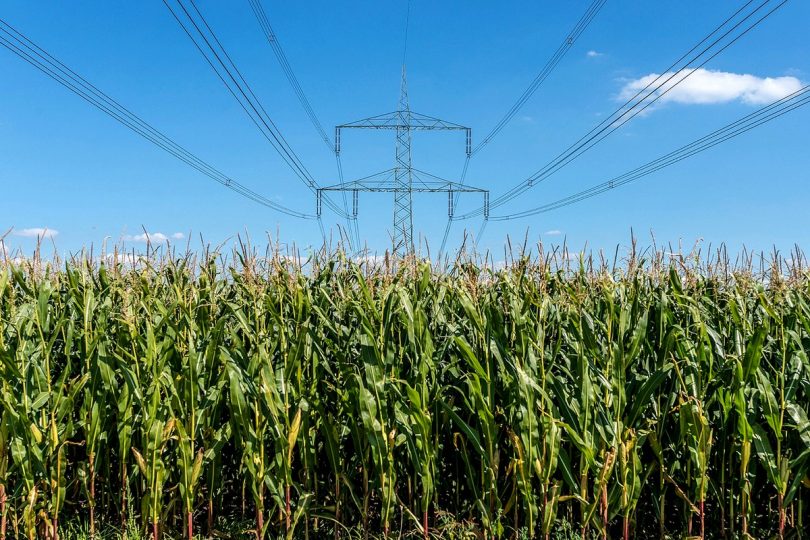 Researchers at Helmholtz Center for Environmental Research (UFZ), the University of Tübingen, Cornell University, and Deutsche Biomasseforschungszentrum (DBFZ) have shown that the combination of microbial and electrochemical conversion of biomass can yield valuable products. For the example of corn beer and corn silage they have gained energy-dense alkanes with diesel-fuel like properties at high carbon and energetic yield. Their work is published in Energy & Environmental Science, the highest ranked journal in Environmental Sciences.

Technologies that allow the preservation of scarce fossil resources will pave the way towards resource security. The two main factors that contribute to a sustainable future industry are the source of electric energy and the carbon feedstock. First, the electrical power production based on renewable resources, such as wind and solar energy, is promoted. Second, renewable feedstocks and waste streams are considered as valuable precursors for the production of commodities and fuels.

Building a bridge between both factors means linking the conversion of electric energy – especially from local peak productions – to chemical energy carriers and commodities. Researchers in a consortium led by Dr. Falk Harnisch from the UFZ show that this bridge can be build. 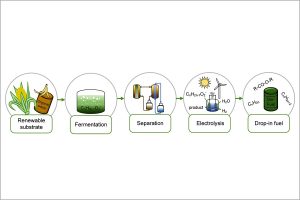 “Using combined microbial and electrochemical conversions can lead to facilities that we can denominate as a bioelectrorefinery. Thereby, bioelectrorefineries integrate biomass conversion processes and equipment to produce fuels, power, and chemicals from biomass, and are based on the combination of microbial and electrochemical conversions”, Harnisch says. In a research paper a proof of concept is given that biomass can be converted into chemicals with fuel-like properties. The study already reached a 50% yield when considering the full process line and using corn beer as feedstock.

“Corn beer was used in this study, a valuable biomass stream” Prof. Dr. Lars Angenent from the University of Tübingen that co-authored this study adds and further emphasizes that “in other studies we have already replaced corn beer with true waste streams for production of the intermediate carboxylate to push carbon recovery from wastes forward”.

Falk Harnisch stressed that this study will be only a first step. “We have now shown the feasibility of such a process line at lab scale. The challenge is to improve every single process step and to perform scale-up in order to allow realization at technical scale. Whether or not this specific process can be economically viable at the end will be also a question of the political framing. In any case I see large potential for process lines to gain other products, use different feedstock etc. when seizing the power of combined microbial and electrochemical conversions.”

Lars Angenent, in turn, summaries that there is maybe an even more important aspect of this study. The products from the continuous microbial conversion can be quickly converted to a real fuel with the intermittent and much faster electrochemical conversion. In times of surplus electricity this fuel then acts as electricity storage.