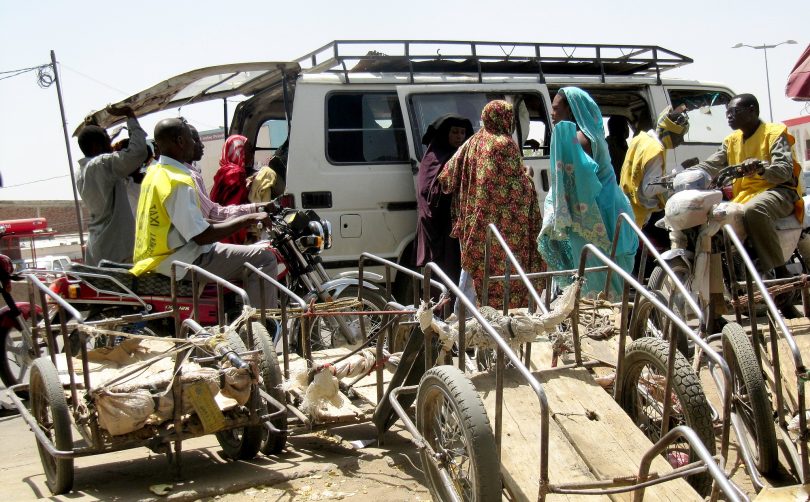 Possibilities and limits – A case study of motorcycle taxis and minibuses in N’Djamena, the capital of Chad

The supply of public transportation in N’djamena is dominated by innumerable private enterprises operating mini-buses. The stations, routes and schedules are not fixed. In addition, there is no fixed price, in other words, the fare is bargained. Consequently, these mini-buses cannot meet overall transport demand, particularly to the zones of the outskirt quarters. That is why public transportation in N’Djamena is not reliable. Even though taxi motorbikes offer their services to cater for public transportation, some problems such as lack of safety and comfort, derisory price, the absence of reliability, or poor accessibility of some quarters are on the increase.

In the light of this, the question is: How can we help the current agents to improve the quality of public transportation services in N’Djamena?

Several agents are currently implicated in the organization of public transportation in Chad’s capital N’Djamena. They have direct or indirect contact with one another. There is a more or less strong network that enables them to negotiate and share ideas so as to make important decisions that would enable them to resolve certain problems that are obstacles to their organization. The interviews conducted and the studies carried out in the field among the agents were used as the basis for a typology of the agents and an inventory of the conflicts between them.

Sub-Saharan Africa is increasingly characterized by high population growth rates. Before 1960 no city had a population of one million, but in the mid-1990s, there were already about 100 cities with a population of 100,000 or more. The last decade saw the birth of a number of million-inhabitant cities such as Lagos, Abidjan, Dakar, Nairobi and Douala. In some countries, this growth has affected the outskirts of the cities, with the birth of several neighborhoods where accessibility is a major challenge for the inhabitants. For them, access to work, education and healthcare is difficult or, given the large distances and the lack of public transport services, limited to the bare minimum (United Nations Organization, The Economic Commission for Africa). The management of urban mobility begins with the management of the occupation of urban space (Aderamo 2012). 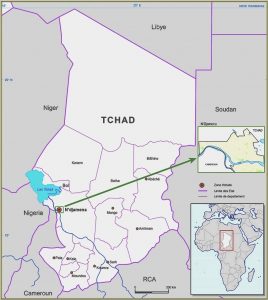 Like other African cities, N’Djamena – the capital of Chad close to the Cameroun border (figure 1) – does not offer a legal framework of land use for its population, who is constantly in search of new residential areas (Todes 2012). Urban policy is characterized by weak development in spatial and urban transport planning (see Huneke 2007). There were no planning documents for spatial planning until 1996, when a study by the Groupe Huit consultant office set up an Urban Reference Plan (URP). This document, however, lost its reference character because it has not been fully implemented. The objectives attached to it no longer correspond to the current context of the city. It is this concern that in 2008 led to the design and development of a planning framework document for the city of N’Djamena. Over time, the city of N’Djamena began to spread to the west and to the east in concentric waves, with the neighborhoods of Djambagato, Bololo, Klémat and Djamba as starting points (see Jemba, 2012). It covers an area of 20,000 hectares (RGPH2 2009), …
Read more: DOWNLOAD THE PDF