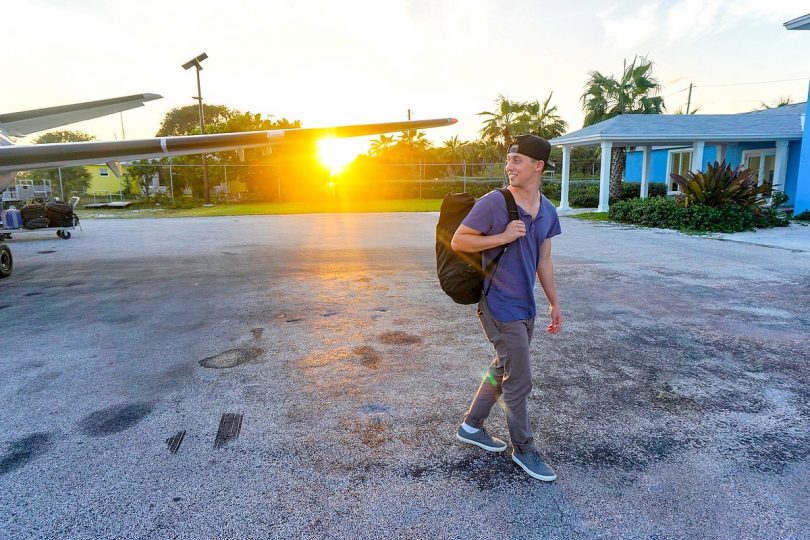 As the climate issue heats up, consumers are becoming more conscious of their impact on the environment. “Flygskam”, or “flight shame” is a word that has received extensive media coverage recently, reflecting the increasing awareness of flying’s environmental consequences. Now, Swedish researchers from Chalmers University of Technology present a tool that allows consumers to evaluate the outcome of their different travel options.

The new website Travel and Climate gives an instant and simple calculation of the emissions from different modes of travel for a given journey. For example, for 2 people travelling from London to Barcelona, the tool gives a calculation of 130 kg of carbon dioxide equivalent emitted for a train or bus journey, 244 kg by private car, and 371 kg by plane.

A Swedish version of the tool has already existed for around a year, receiving coverage in most of the major Swedish media outlets, and has had over 50,000 unique visitors since it began. Alongside the launch of the English version, the Swedish version has been revamped with more information and a new design. The website is based on research by Jörgen Larsson and his group from Chalmers University of Technology, looking at the impact of Swedish flying habits on the climate.

“Our studies have shown that Swedish flying results in emissions of about a tonne of carbon dioxide equivalents per citizen. This is around five times higher than the global average, and roughly the same as Sweden’s total emissions from car usage,” says Jörgen Larsson.

Their analysis of historical data from 1990 to 2017 has also shown the dramatic increase in flying overall. International flights from Sweden have doubled, from 0.5 trips per person in 1990 to 1.0 trips per person in 2017. The average distance of these trips is about 2700 km one-way – roughly the distance from Stockholm to Madrid.

Continued rising emissions from aviation threaten the target of the Paris Agreement, of keeping global warming well below two degrees. Jörgen Larsson hopes the new tool will help to further spread knowledge of flying’s damaging effects and contribute to fewer flights. “Reaching the two-degree target will require changes in our lifestyle. Maybe if everyone adopted a vegan diet instead, flight emissions would not have to decrease so much,” he explains. “But that would also be a large intervention in our lifestyle.”

Much is made of the technical developments of aircraft and engines, with better aerodynamics and more efficient operations. It is true that these have had an effect, and emissions per passenger kilometre have fallen by roughly 2% each year in the period. “The problem is that air travel has simultaneously risen by over 3%,” says Jörgen Larsson. Emissions in total have therefore increased.

In part thanks to Jörgen Larsson‘s research, consumer awareness in Sweden of the damage caused by flying is increasing, with ‘flygskam’, or ‘flight shame’ being recently highlighted in international media as a new Swedish contribution to the English language. There is also a growing movement for train travel. The facebook group ‘Tågsemester’ (train holiday) has over 80,000 members, and the Swedish national train company SJ is currently reporting record passenger numbers.

More information about the data behind the tool
The new website offers consumers a chance to easily and quickly calculate the impact of different transport methods for their travel plans, offering a side by side comparison. (Watch a video trailer for the new website.)

“Previous methods of measurement had only accounted for the fuel tanked in each country. This meant that a flight from Stockholm to New York, via Amsterdam for example, only the fuel loaded in Stockholm would be measured,” explains Jörgen Larsson. The researchers’ new methods have been developed to account for the whole trip. All the calculations and figures for the tool are available in a methodological report on the site.

The following organisations have supported the development of the platform: Region Västra Götaland via Klimat 2030, the Centre for Tourism at the University of Gothenburg, Chalmers University of Technology, West Sweden Tourism Board, The City of Gothenburg, Göteborg & Co, Mistra Urban Futures and Mistra Sustainable Consumption. More about the funding, organisations and the researchers behind the project can be found here.