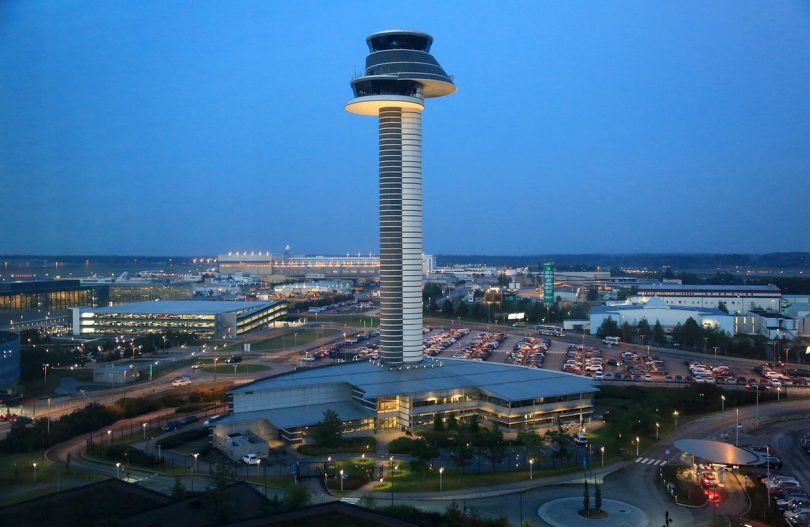 [KTH] – With air traffic reduced to a shadow of its pre-pandemic levels, Stockholm’s international airport has become a lab of sorts, allowing researchers to collect unprecedented data about noise pollution.

A research team from KTH Royal Institute of Technology has placed dummies fitted with in-ear microphones to capture binaural recordings of two Airbus A321 aircraft operated by Novair at Stockholm Arlanda Airport, as they perform variations on landing procedures.

At the same time, 30 other solar-powered sound level meters are strategically located around the airfield, making their own recordings, while researchers collect data from the plane’s black box. The merging of data from both sources promises a richer level of information about noise at airports – one which may influence sound pollution mitigation policies and perhaps even aircraft engineering.

The greatest pain point for those living around airports are landings because approaches take place at lower altitudes for a longer period of time than take-offs, says Mats Åbom, professor of technical acoustics at KTH and deputy director of the Center for Sustainable Aviation at the university. The results from the study may help inform consideration of operating procedures aimed at reducing noise on the ground.

“One thing we have studied is the steeper approach.In other words, to fly in at a higher angle, so that the plane at a certain distance is at a higher altitude. That reduces noise on the ground.” The pandemic has created a unique situation where researchers can isolate a single plane and accurately account for all the sources of sound during the various stages of take-off and approach, Åbom says. “Before the pandemic, there were many aircraft in the air at the same time,” he says. “Getting good data was difficult, because it requires measuring the sound from a single plane at a time.”

The Airport Noise Trials is a collaboration with the airport and the Swedish civil aviation authority. It is funded by the government’s transportation authority. 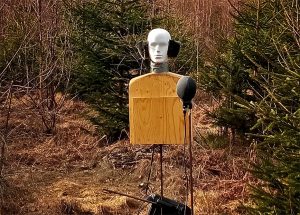 One of the binaural recording set-ups in the woods near Arlanda International Airport’s runway 26.
Photo: Anders Johansson

Perhaps even odder than the lack of traffic at Sweden’s busiest airport, are the appearance of five dummies in the fields around the landing strips, which PhD student Anders Johansson designed and regularly repositions for different tests. With microphones planted in each ear, they record binaural audio, which is more accurate than stereo sound because it takes account of so-called head shadow to allow the listener a “three-dimensional” experience.

Back at KTH test subjects will listen on headphones and provide subjective feedback to researchers, who want to take a closer look at how aircraft noise affects people, both psychologically and physiologically.

Meanwhile, data from the listening stations is being merged with the black box information about the aircraft’s configuration in the air, such as flaps and engine start-up, enabling datasets that researchers would not normally have access to.

“The black box data shows us how the wing flaps stand, when landing gear folds out and such,” Mats Åbom says. “Things that protrude from the plane affect how much noise it makes. That is a piece of the puzzle we have lacked. It has been an uncertainty in today’s models for aircraft noise.”