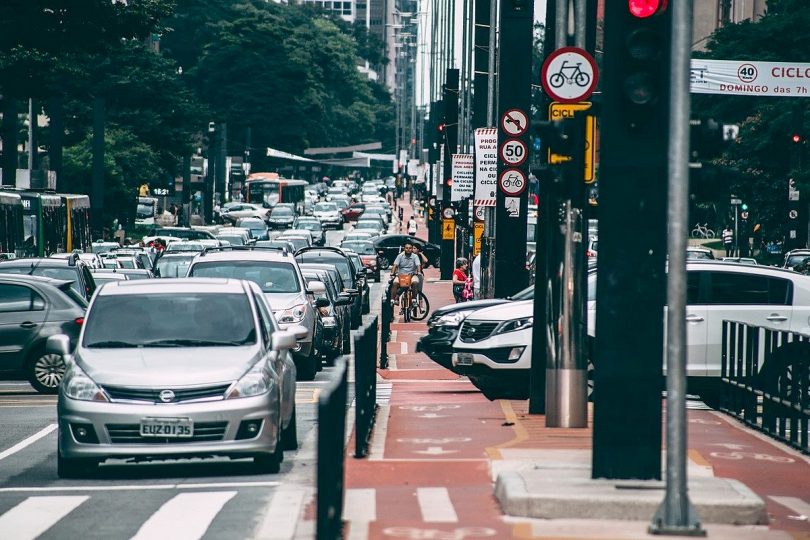 “We estimated that the social benefits of accident reductions greatly outweighed the social costs of increased travel time. Not only that, but it’s also a pro-poor policy that mainly benefits low-income residents,” says Peter Christensen, environmental economist in the U of I Department of Agricultural and Consumer Economics (ACE), and one of the study’s authors.

The city of São Paulo reduced speed limits on highways from 90 to 70 km/h in 2015. The controversial policy became a major focal point of the mayoral election in 2017, and the new mayor reversed the policy. This allowed the researchers to compare accidents at three points: before, during, and after the reduction in speed limits.

They found that over a period of 18 months, accidents decreased by 21.7% on roads affected by the policy. That equals approximately 1,889 averted accidents and 104 averted fatalities. Furthermore, they found that 86% of the benefits from reduced accident damages involved low-income residents; primarily pedestrians and motorcyclists.

“Our results indicate that speed limit reduction can be a very efficient life-saving policy,” Christensen points out. “In São Paulo, gun violence is the other major cause of unnatural death. It’s about the same magnitude as road accidents. Our study shows speed-reduction policies have a much bigger effect in terms of reducing fatalities than any policy we’re aware of to reduce violent crime,” he says. “And motorcycle transport is a widely used transport option for low-income households in many developing countries, giving us reason to believe that these policies will disproportionately benefit poor households in urban areas around the world,” Christensen adds.

His research group specializes in analyzing large data sets, which allowed them to conduct the first available study on this topic. The researchers compiled information about accidents from the São Paulo Traffic Agency. The data included details about each accident such as victim demographics, severity of injury, and type of vehicle. The study covered 125,000 traffic accidents and 38 million traffic tickets issued by monitoring cameras, the primary means of enforcing the speed-reduction policy.

“We identify the exact location of every accident, as well as information on travel times and congestion in the areas impacted by this rotating policy. The data that are becoming available for analyzing these policies are completely transforming the precision of analysis and recommendations coming from the research community,” Christensen says.

“Our first study question was whether the lower speed limit would reduce accidents. It­ does – by a lot. The second question is whether the reduction in accidents outweighs the social cost of increasing travel time in the highly congested city,” he adds.

The researchers spent nine months developing software that allowed them to analyze trip durations using data from Google Directions API. “With this methodology we can measure precisely how conditions change on arterials affected by the policy because it’s coming from real-time information; from cars moving on the road,” Christensen says. The study included 1.4 million trip observations in 2017, before and after the speed limit was reversed. Overall, the researchers found travel times were 5.5% higher when the reduced speed limit was in effect.

Next, they estimated the impact of trip delays by multiplying the increased time with the value of each person’s time.

“If my normal trip takes 20 minutes to get from my house to the downtown area in São Paulo, and now it takes 24 minutes, then that’s four extra minutes of my time. Economists estimate that value for all of the people who are impacted. So even relatively small impacts per capita can add up since over 20 million people are living in South Paulo and using transport,” Christensen explains.

The researchers estimate the benefit of accident prevention is 1.32 greater than the social cost of longer travel times. “The benefits certainly exceeded the costs in São Paulo. Given the magnitudes, we think it’s likely that they’ll exceed the costs elsewhere, though of course this depends on a number of factors,” he concludes. “Other governments should do their due diligence with planning before implementation, but our findings indicate that this is a tool that can be used to dramatically and cost-effectively mitigate the primary cause of unnatural deaths in the world today.”

The study’s co-authors are Amanda Ang and Renato Vieira, former graduate students in the U of I Department of ACE. Vieira, a Brazilian native, now works as an economist in Brazil and is sharing the study’s findings with local authorities.

Funding was provided by the Lemann Institute for Brazilian Studies and the National Center for Supercomputing Applications. The article, “Should Congested Cities Reduce their Speed Limits? Evidence from São Paulo, Brazil,” is published in the Journal of Public Economics.