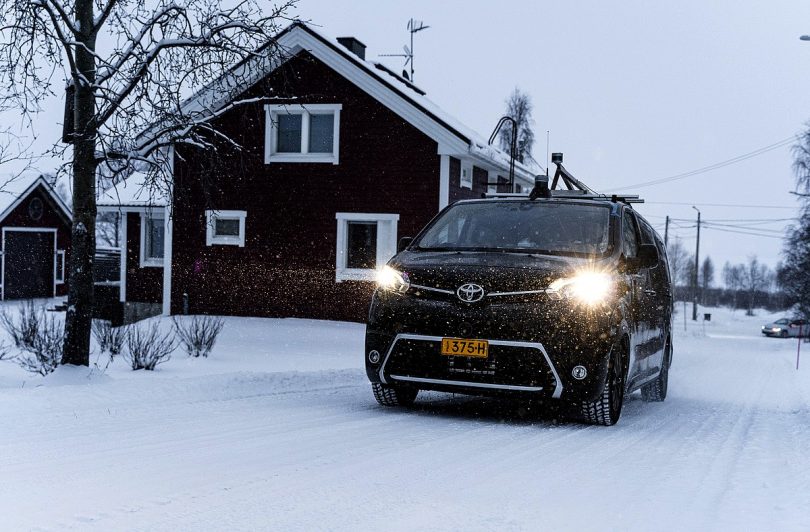 On 14 December 2020 Sensible 4, which develops autonomous self-driving software, announced its collaboration with Toyota Motor Europe and shall test its technology in Lapland with a vehicle it has automated. The testing period aims to collect measurement data in adverse weather conditions and test the newest functions of the autonomous software that Sensible 4 will launch in 2022.

The test vehicle driving in Lapland uses the beta version of Sensible 4’s first commercial software. The completed product shall be the world’s first of its kind to be able to operate in all weather conditions without a safety driver. Winter tests are an important intermediate stage in its development.

“We have carried out tests in Lapland already since the company was established in 2017. Between three to four test campaigns have been aimed to be carried out each winter. They have had an emphasis on collecting data about challenging road conditions”, explains CEO Harri Santamala. 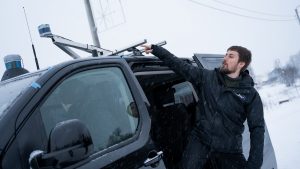 “We are currently testing, for example, sensors to be installed to the vehicles. As the weather changed, the LiDAR sensors that create 3D models accumulated moisture and icy steam, altering measurements. This was good for us to know. There are currently lots of LiDAR sensor suppliers, so we do not want to purchase the most expensive ones if they don’t work in all conditions”, explains Testing Expert Antti Hietanen.

Hietanen: “All the functions, such as location services and the vehicle’s control system, must operate correctly, together and independently. We also need example-based image data of the winter infrastructure to get our image identification algorithms to work in a winter environment. This refers to snow-covered buildings, trees, vehicles and roads, and snow that whirls on the road.”

Sensible 4, which has automated several vehicles from different manufacturers, is now testing a Toyota Proace equipped with self-driving software in the centre of Muonio where—in addition to vehicles—there are pedestrians, children, cyclists and even reindeer on the roads.

In the yard area of the Finnish Border Guard, which can be restricted to our own use, we can test the vehicle’s extreme behaviour, which would be difficult to test in among other traffic. On the other hand, there were significant altitude differences and twisty roads in Levi’s direction, which provided us with more varied data about Lapland.

Research on autonomous traffic is promoted in Lapland
The most important reason to test self-driving vehicles in Lapland is the Arctic winter environment of the region. There is a sufficient amount of snow, cold and darkness in Lapland during the winter. Tyre, component and vehicle manufacturers test their products at the several test centres located in Lapland; in Muonio, Inari and Rovaniemi.

Sensible 4’s test expert, Antti Hietanen, appreciates that Lapland Proving Ground’s test facilities, which are suitable for autonomous driving tests, are located next to the test group’s accommodation at Olos. The test track is also just a stone’s throw away from Europe’s best-equipped smart road, which also does its share in serving road research: “Lapland’s attitude toward autonomous driving is positive. Research and development are aimed to be promoted here.”

The WinterSim project, which was initiated at the Lapland University of Applied Sciences in the summer of 2020, collects winter data for vehicles’ simulation testing. The creation of winter conditions for the simulation with genuine winter parameters is a globally new development milestone in vehicle testing that takes place in a virtual environment. The aim is to design a winter testing environment, where the simulation model and Snowbox testing environment for automated driving encounter in Fell Lapland.

“We need to include the Finnish winter in simulation tests, which have a significant role in the development work of automated systems. Thus, we also contribute to the fact that manufacturers will come to Finland’s Lapland to carry out winter testing. In this way, we aim to acquire more new testing operations and promote the introduction of safe and weatherproof solutions of automated driving”, concludes Reija Viinanen, CEO of Aurora Snowbox, a participant in the WinterSim project.