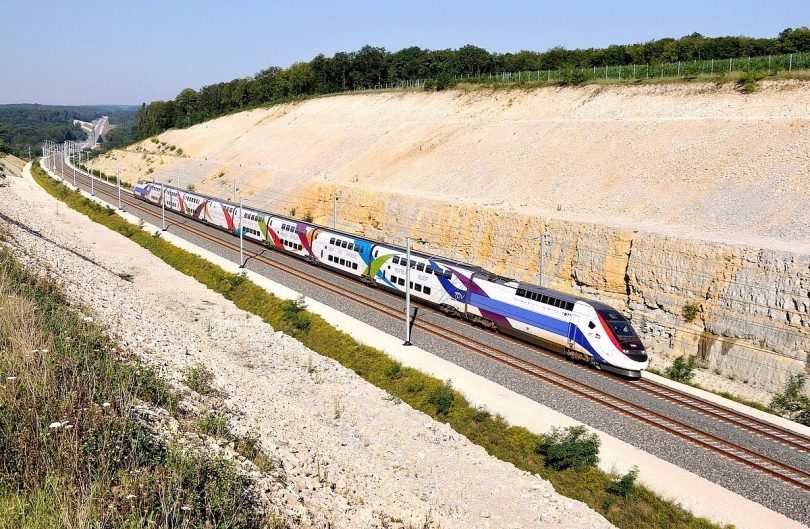 For many years SNCF engineers have been using mathematical models to simulate the dynamic behavior of railways. These models have not been able to take into account large portions of the track have been extremely limited at modelling ballast, the gravel layer located under railway tracks. This is why SNCF Innovation & Recherche asked for help from specialists in wave propagation for all types of media and at varied scales: CNRS and INSA Strasbourg [1] researchers. Together, they have shown that a large part of the energy introduced by a train passing is trapped by the ballast.

Their work, published in the November issue of Computational Mechanics, shows that this trapping phenomenon, which is very dependent on train speed, could cause accelerated ballast degradation in railway tracks.

SNCF engineers currently have two ways that they can take ballast into account to attempt to understand how railway tracks behave as a train passes.

Something was missing in the modeling to be able to describe the influence of a train passing on the immediate surroundings of the railway.

The researchers have proposed a new mechanism that helps explain why vibrations are lower than predicted as the distance from the track increases. They stopped considering the ballast as a homogeneous medium and started considering it as a heterogeneous medium. This time, the mathematical model and physical measurements agree: they have shown that a large part of the energy introduced by a train passing is trapped in the heterogeneous ballast layer. This trapping phenomenon, very dependent on train speed, could cause degradation in the ballast layer, as the energy provided by the train passing dissipates by the grains rubbing together.

Therefore this work [2] opens paths to a better understanding of the behavior of how railway tracks behave as a train passes. By understanding where in the tracks the ballast traps the most energy, these results particularly open new perspectives on increasing the lifetime of railway tracks and reducing maintenance costs.