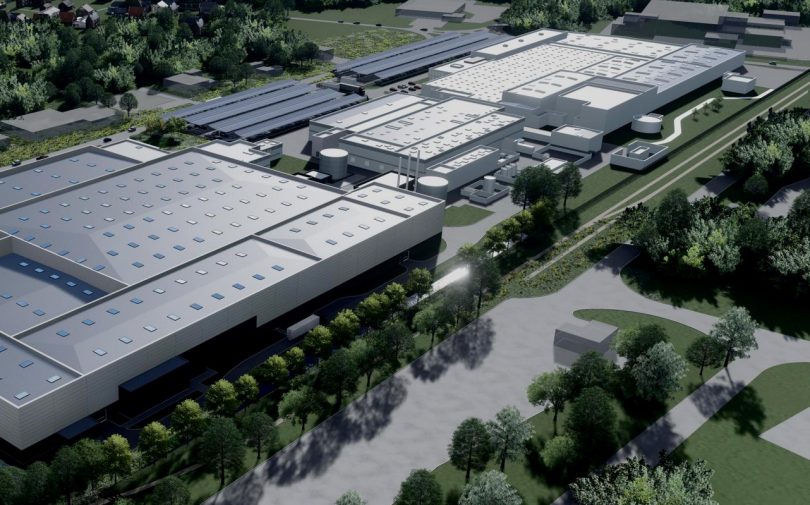 The ACC pilot plant is scheduled to start up in mid-2021. Source: Saft

[Total] – Total, through its affiliate Saft, and PSA with Opel, are announcing their plan to combine their know-how to develop EV battery manufacturing activity in Europe. To that end, the partners intend to establish a joint venture named Automotive Cell Company (ACC) and a plant.

The project will leverage cutting-edge R&D, notably provided by Saft, in order to produce EV batteries starting in 2023. The technology used will offer the highest level of energy performance, both in terms of range and charging time, and a lower carbon footprint than that of the competition, setting a new standard in Europe.

The first phase of the project focuses on R&D, including building a pilot plant on the land of Saft’s Nersac facility. The plant is scheduled to start up in mid-2021 and represents an investment of 200 million euros. The project will generate around 200 high-skilled jobs in France’s Nouvelle-Aquitaine region to develop, qualify and commercially scale up new, highperformance lithium-ion batteries.

This first phase will trigger the investment decision for a large-scale production plant (8 GWh initially, rising to 24 GWh later on) in the northern Hauts-de-France region, followed by a second one of equal capacity in Germany, in order to reach 48 GWh of combined capacity by 2030. That would represent production of one million batteries a year, or around 10-15% of the European market. Ultimately, nearly EUR 5 billion will be required to complete this ambitious program.

Total and Groupe PSA acknowledge the support of French, German and European Union authorities for the project, expected to receive nearly EUR 1.3 billion in public funding during its development in the frame of the Important Projects of Common European Interest (IPCEI) initiative authorized by the European Commission.

“In 2015, Total set an ambition to become the responsible energy major. With that in mind, we acquired Saft, a major battery maker, in 2016, primarily to develop energy storage to support the growth of intermittent renewable energies such as solar and wind. The fast-growing development of electric mobility offers Total, via Saft, another opportunity for growth and commitment to a decarbonized economy,” said Patrick Pouyanné, Chairman and Chief Executive Officer of Total. “With the support of French, German and European authorities, we will deploy our best expertise and technologies alongside our partner Groupe PSA, to create a competitive European battery industry.”

Carlos Tavares, Chairman of the Managing Board of Groupe PSA added: “Our purpose is to offer citizens mobility options that are clean, safe and affordable. I am convinced that this project, with our partner Total/Saft, will create a benchmark player in automotive battery cell development and production in Europe. I would like to thank the French and German authorities, the Nouvelle-Aquitaine and Hauts-de-France regions and Rhineland-Palatinate state for their active support, which is decisive in the creation of a competitive business backed by Total and its affiliate Saft, Groupe PSA and Opel.”

The Automotive Cell Company (ACC) will be a 50-50 Saft and Groupe PSA/Opel joint venture for the pilot production line. During the commercial production phase, Saft’s share in ACC will decline to 33%.

More about battery cells and production