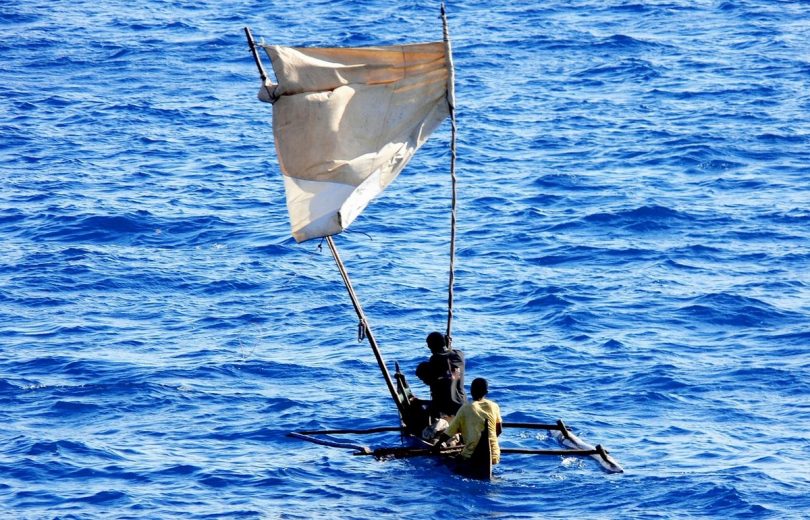 [Senckenberg] – Scientists from the interdisciplinary research center “The Role of Culture in Early Expansions of Humans” (ROCEEH), funded by the Heidelberg Academy of Sciences and based at the Senckenberg Research Institute and Natural History Museum Frankfurt, modeled for the first time together with a Spanish-German team, the movements of our early ancestors under the inclusion of waterways. The model, presented in the scientific journal “PLOS ONE,” allows the configuration of behavioral scenarios that illustrate different biological and cultural stages of water crossing by hominids. It was developed in the agent-based modeling laboratory of ROCEEH in Frankfurt, Germany.

According to the “Out-of-Africa” theory, the genus Homo first appeared in Africa about 2.8 million years ago before spreading from there across the entire world. “However, it is often difficult to understand in detail how this movements took place. As a rule, there are only very large-scale models for the migration routes of our early ancestors,” explains Ericson Hölzchen, lead author of the ROCEEH study at the Senckenberg Research Institute and Natural History Museum in Frankfurt, and he continues, “What is certain is that the hominids had to cross bodies of water of different sizes on their migration – but whether and how they were able to do so, without the use of modern maritime technology, has not yet been conclusively clarified. Yet, this is essential for the discussion of potential migration routes.” 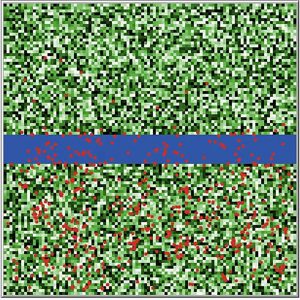 Simulating the water crossing of hominids on a small scale: In their simulation, the researchers sent one thousand individuals (red dots) on their “journey.” Graphic: Senckenberg

Hölzchen and a Spanish-German team have now closed this gap: A new model they developed – in the “agent-based modeling” laboratory of ROCEEH under the leadership of Dr. Christine Hertler in Frankfurt – makes it possible for the first time to simulate the water crossing of hominids on a small scale. In their simulation, the researchers sent one thousand individuals on their “journey” and equipped them with different, adaptable abilities as well as 45,000 energy units. “Our model hominids have different means of negotiating water barriers: directed swimming, paddling, drifting, or on a raft. In addition, other parameters – such as the width of the water barrier, the water temperature, or the current – can also be adjusted in the simulation,” adds Hölzchen.

The various factors can then be used to derive a “crossing success rate” (CSR), i.e., the probability that the crossing will succeed or fail. “By applying the CSR, we are able to use small-scale movement decisions to compare different behavioral scenarios and their effects on crossing success,” adds the bioinformatician from Frankfurt. 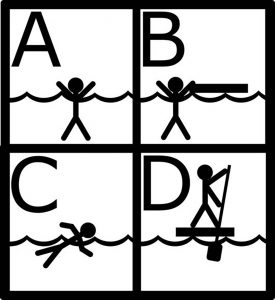 The model hominids have different means of negotiating water barriers: swimming purposefully, paddling, drifting, or on a raft. Graphic: Senckenberg

The researchers show that in two of the modeled scenarios – by directed swimming or with the aid of a raft – the early representatives of the genus Homo were able with a high probability of success to cross straits up to 15 kilometers wide, such as the Strait of Gibraltar, or wide rivers, such as the Ganges.

“Accordingly, expansion across water barriers is not unlikely and should also be considered in larger-scale models,” Hölzchen adds in summary, and he provides an outlook, “In the future, our model may serve as a template for expansion scenarios involving other natural barriers such as mountains or deserts. Thus, we will be able to gain an increasing understanding of how our ancestors have spread from the ‘cradle of mankind’!”