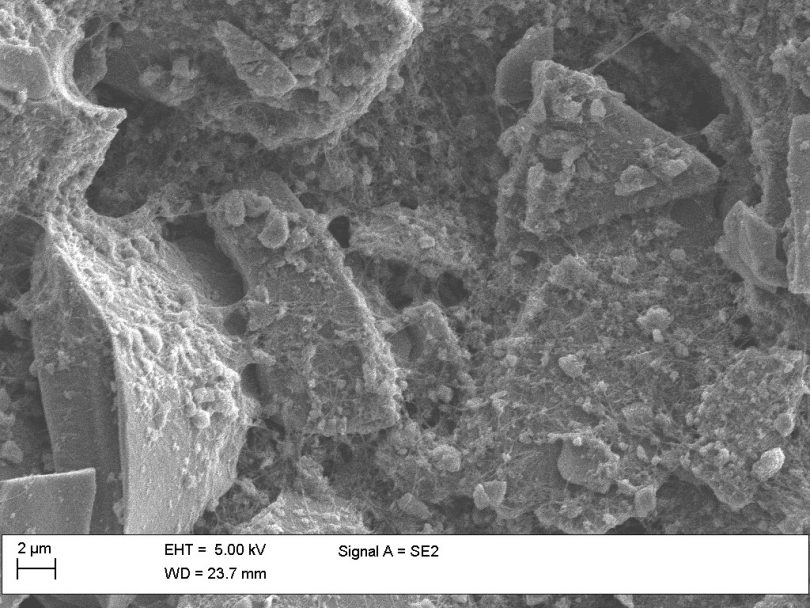 [UEF] – Researchers at the University of Eastern Finland have developed a new hybrid material of mesoporous silicon microparticles and carbon nanotubes that can improve the performance of silicon in Li-ion batteries.

Advances in battery technology are essential for sustainable development and for achieving climate neutrality. Now researchers at the University of Eastern Finland have developed a new hybrid material of mesoporous silicon microparticles and carbon nanotubes that can improve the performance of silicon in Li-ion batteries.

States and companies worldwide are eagerly looking for new and sustainable technologies to achieve climate neutrality in every sector of society, ranging from transportation and production of consumables to energy production. Once green energy is produced, it needs to be stored before it can be used in portable applications. In this step, battery technology plays an essential role in making the consumption of green energy a viable alternative.

To minimise the reducing effect of high charging rates on the capacity of silicon anodes, researchers from the University of Eastern Finland have developed a hybrid material of mesoporous silicon (PSi) microparticles and carbon nanotubes (CNTs). According to the researchers, the hybrid material needs to be realised through chemical conjugation of PSi and CNTs with the right polarity so as to not hinder the diffusion of lithium ions into silicon. With the right type of conjugation, also the electrical conductivity and mechanical durability of the material was improved.

Further, the PSi microparticles used in the hybrid material were produced from barley husk ash to minimise the carbon footprint of the anode material and to support its sustainability. Silicon was produced through a simple magnesiothermic reduction process applied to the phytoliths that are amorphous porous silica structures found in abundance in husk ash. The findings were published in Scientific Reports and Materials Chemistry and Physics.

“The progress of the LIB research is very exciting, and we want to contribute to the field with our know-how related to mesoporous structures of silicon. Hopefully, the EU will invest more in the basic research of batteries to pave the wave for high performance batteries and to support the competitiveness of Europe in this field. The Battery 2030+ roadmap would be essential in supporting this progress,” Professor Vesa-Pekka Lehto from the University of Eastern Finland notes.