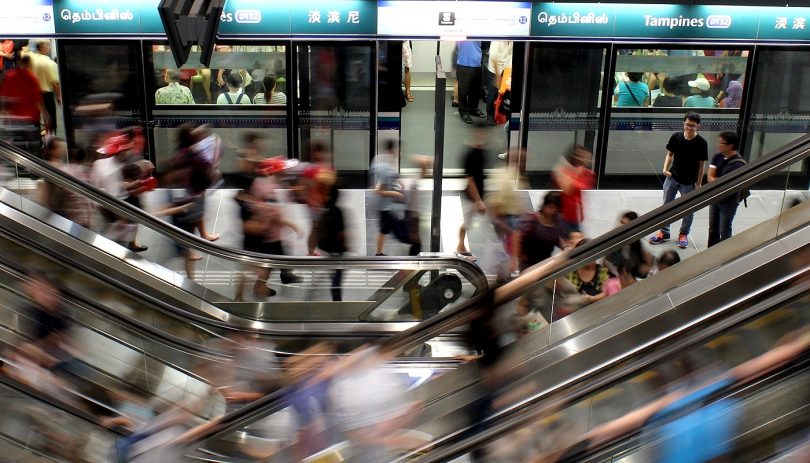 Siemens is to supply signaling technology for the planned Downtown line 3 (DTL3) extension in Singapore. The order comprises the delivery of Siemens’ Communications-Based Train Control system (CBTC) for fully automated operations (Grade of Automation 4, GoA4), in 2 new stations and one depot. The order also includes the Platform Screen Doors for the 2 stations. 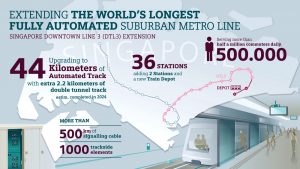 The 2.2 kilometers Downtown Line 3 Extension is due for completion in 2024. With this extension, the Downtown Line will be connected with the Thomson-East Coast Line (TEL), providing commuters more travel options within the rail Singapore mass transit network.

“With this project, Singapore´s Downtown line is not only the world´s longest suburban automated metro line, but it is also benefiting from the most advanced CBTC technology. This enables the operator to strengthen the capacity and availability of the network, and contributes to improve the passenger experience of up to half a million people commuting every day,” sais Michael Peter, CEO of the Siemens Mobility Division.

The customer Land Transport Authority (LTA) awarded Westinghouse (today Siemens) in 2008 the contract for the supply, installation and commissioning of the signaling system for the DTL, which includes CBTC technology for the 34 stations and 92 trains, and the Automatic Train Supervision (ATS) system, Controlguide Rail 9000.

The core of the fully automated signaling system of the line is Trainguard Sirius CBTC, an automated train protection and operation system from Siemens with many advantages as a reduction of the interval between trains, which increments the line’s transport capacity. In case of an eventual incident, the CBTC system is able to continue to be operative thanks to its exclusive backup mode based on a speed codes Automated Train Protection (ATP system), able to maintain safely train operation.

The Downtown Line, which has a total length of 42 kilometers and comprises 34 stations, transports up to 500,000 passengers per day with a fully automated technology and connects East and West of the island with the Central Business District (CBD) and with Marina Bay area. 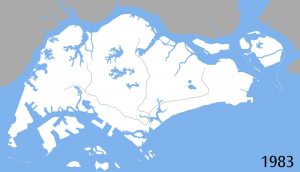 Evolution of the Singapore MRT from 1983 on (animated)

The Singapore Mass Rapid Transit, or MRT, is a rapid transit system forming the major component of the railway system in Singapore, spanning most of the city-state. The earliest section of the MRT, between Toa Payoh and Yio Chu Kang, opened on 7 November 1987.

The network has grown rapidly in accordance with Singapore’s aim of developing a comprehensive rail network as the backbone of the public transport system in Singapore, with an average daily ridership of 3.031 million in 2015 (including the Light Rail Transit (LRT)), approximately 78% of the bus network’s 3.891 million in the same period.