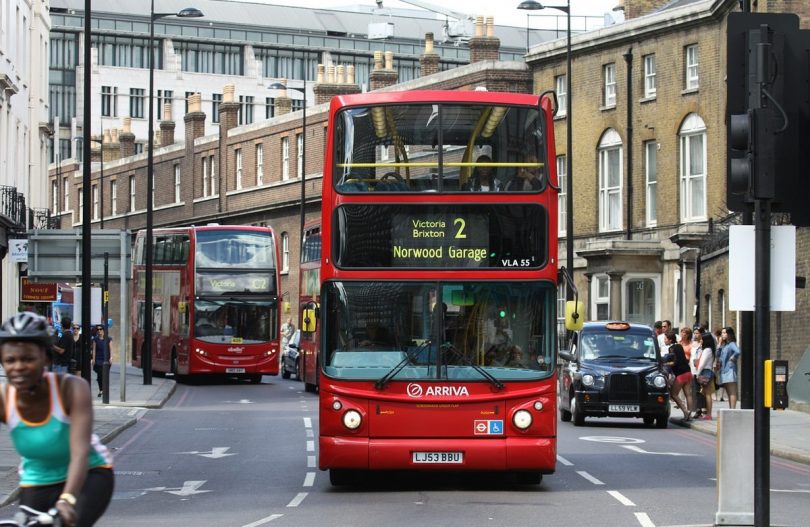 [NTNU] – Rush hour charging schemes and car-free zones should reduce traffic jam and air pollution in many cities. Colin Green, a professor at the Norwegian University of Science and Technology’s (NTNU) Department of Economics, studied the impact of the charge introduced by the Greater London Authority in 2003.

“The purpose was first and foremost to improve traffic flow. In central London, vehicles were at a standstill with the engine idling a third of the time. The congestion charge eased the flow of traffic and also helped with air pollutants. But we saw an increase in the most harmful part of the pollution,” says Green.

Less airborne dust
To begin with, driving into the charge zone between 07:00 h and 18:30 h costed GBP 5. Since then, the price has increased to GBP 15 pounds between 07:00 and 22:00 h. The collection system uses automatic number plate recognition technology. Anyone who attempts to sneak through is punished with fines corresponding to 20 to 30 daily fees. After the introduction of the charge, the level of carbon monoxide and particulate matter in the air fell by about 20 per cent. Nitric oxide levels also decreased, but only by six to nine per cent.

Harmful NO2
“What didn’t drop was nitrogen dioxide. NO2 is a gas that’s harmful to health, and the most important source for it is road traffic in areas where people live. The emissions happen at ground level in air breathed by people in cities and towns. Fifty thousand people are estimated to die prematurely in the UK every year due to air pollution,” says Colin Green. “Before the coronavirus, exhaust was the fastest growing cause of death globally. In fact, researchers in Germany have found that exposure to exhaust leads to a sharp increase in coronavirus mortality,” says the researcher.

More buses and taxis
The explanation for the increased NO2 emissions was simple. “The increase was due to a change in the mix of vehicles. To get people onto public transport, the buses and black cabs were exempt from the charge. Bus departures and routes were expanded after introducing the charge in the city centre. Bus and taxi traffic increased by more than 20 per cent. The problem was that all the buses and London taxis ran on diesel,” says Green. Despite the congestion charge, London has exceeded national air pollution limits since 2015.

More effective measures needed
“High fuel taxes haven’t been shown to reduce the number of kilometres that people drive. The challenge with rush hour charges and charges in the busiest areas is to create effective measures,” Green says. “In London, there are hardly any electric cars or buses that run on environmentally friendly fuel. Luckily, modern diesel cars emit far less NO2 than older ones. A tax in the most congested areas, without any measures to reduce the number of diesel vehicles, hasn’t had the desired effect on air quality,” says Green.

In researching the environmental effects of the congestion charge in London, Green has collaborated with colleagues at Lancaster University and the University of Wisconsin.

Strong resistance
The professor points out that the benefits of reducing other emissions have to be weighed against the effect of increased NO2 emissions. “Reducing traffic isn’t the same as reducing air pollution,” he says. Green makes no secret of the fact that regulations and taxes on driving can be difficult to implement. The resistance to tolls in the last municipal election in Norway is just one example. Other large British cities such as Manchester and Edinburgh have refused to impose fees, while Stockholm and Milan have done so. Düsseldorf and Stuttgart have banned older diesel vehicles in their city centres.

Electric cars take up just as much space as petrol and diesel cars do, and they don’t solve the problem of traffic jams in cities.

Previous research by Green shows that the number of traffic accidents fell dramatically (40 per cent) in London after introducing the city centre charge.