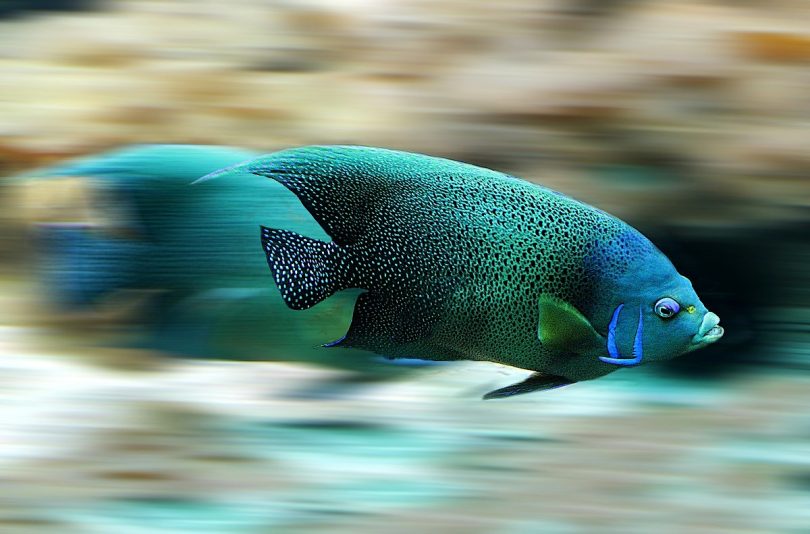 [University of Illinois] – Recent research by Andres J. Goza at the University of Illinois at Urbana-Champaign found relationships between frequencies and the passive dynamics at play when vehicles move in air or water toward a better understanding of how to use these forces to enhance performance. Understanding this fluid-structure interaction at a very basic level by learning from fish and flags, could help inform new aircraft and submarine designs with a very different kind of locomotion.

From the vibrations of the rear-view mirror just as your car reaches precisely 70 miles per hour to a building that collapses when, in an earthquake, it begins to vibrate at a specific frequency, there is untapped energy that could be harnessed for propulsion. In recent research, Andres J.Goza, found relationships between frequencies and the passive dynamics at play when vehicles move in air or water toward a better understanding of how to use these forces to enhance performance.

According to Goza, assistant professor in the Department of Aerospace Engineering at the University of Illinois at Urbana-Champaign, his work is an effort to seek new bio-inspired propulsion strategies. “Fish swim very efficiently and birds can fly very efficiently, so how can we use those observations to inform real paradigm shifts in the locomotion strategies that we engineer,” he said. “For example, the wing of a bird and the tail of a fish are flexible and when these animals fly or swim, the air and water around them induce passive motion.

“Another example is when air blows past a flag, making it flap, it affects the air motion around it,” Goza said. “If we can understand this fluid-structure interaction or fluid-structure coupling at a very basic level, could we use it to design aircraft and submarines with a very different kind of locomotion?”

Goza said the speed of the air or water flow around the vehicle and the density of the materials they are made from play a role, both in the resonance and in the passively induced motion.

“Scientists have understood, outside of this fluid-structure interaction context, that there’s a profound response when you excite a structure or system at its resonant frequency,” Goza said. “But what role do these passive dynamics play, and can we tune the structural properties so that the resonant frequency of your system is somehow meaningfully tied to the flow—that is, to the motion that you’re prescribing?”

One sticking point in this research was that the standard definition of resonant frequency assumed that the structure was in a vacuum. “But it’s not; it’s in fluid and the fluid affects what that resonance frequency is,” Goza said. Consequently, step one was to define a notion of resonance that incorporates the effect of the fluid.

“One of the big contributions of this research was unambiguously defining this resonant frequency, and then confirming that over a wide range of different parameters we actually see performance benefits near this resonant frequency,” he said. “Namely, if the structure flaps or moves at a certain frequency within this flow, it leads to an improvement in thrust.” Goza said the larger heave amplitude computations are more reflective of fish swimming. The results indicated that at these larger amplitudes, both resonant and non-resonant mechanisms played a role.

“Resonance is defined in terms of super small undulations, but we understand that fish are actually swimming at large amplitudes,” Goza said. “We bridged the gap between defining what resonance means in this small amplitude setting when there’s a fluid present, but also embracing the fact that fish undergo much larger emotions. We established connections to results in the small amplitude case, finding that performance benefits persist near resonance even at large amplitudes that are actually relevant to biological propulsion.”

According to Goza, depending on the regime the peak thrust is near this resonant frequency associated with small amplitude. “The key is, as you move to these large amplitudes, resonance continues to play a predominant role. We found that the small linear amplitude notion of resonance was appropriate for predicting and understanding these peaks and thrust in the majority of cases.”

“If this passive motion can be useful in locomotion, it can reduce the amount of energy put into the system,” Goza said. “We can harness these passive dynamics and let them do the propulsion for us.” Goza said one of the next phases of this research will be to look at modern active materials that can be tuned to have the right resonant frequency to induce passive dynamics with the desired output.

The study, “Connections between resonance and nonlinearity in swimming performance of a Flexible heaving plate,” written by Andres Goza from the University of Illinois and Daniel Floryan and Clarence Rowley from Princeton University, is published in the Journal of Fluid Mechanics. DOI: 10.1017/jfm.2020.60