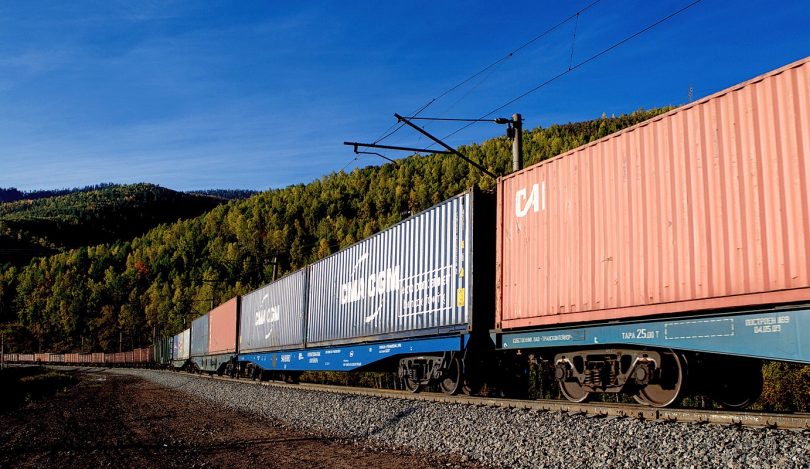 Container train sent from the Kaliningrad port through Dostyk to Chengdu. ©_UTLC

United Transport and Logistics Company – Eurasian Railway Alliance, “Kaliningrad Railway” – a branch of “Russian Railways”, “Kaliningrad Sea Trade Port” and “Belintertrans-Germany” have sent the pilot trains from Kaliningrad to Chengdu as a part of the multimodal transportation development project through the ports of the region in China – Europe communication.

Two full trains with containers arrived by sea from Rotterdam and were sent from the Kaliningrad port through Dostyk to Chengdu on 7 Nov 2018.

“The results of the pilot shipment are yet to be analyzed. We would like to thank our partners – Kaliningrad Railway and Kaliningrad Sea Trade Port. It is worth mentioning that the technology of container trains combining has been applied and has been confirmed by our colleagues. UTLC ERA has been using the combined trains (XL-train) since 2017, which make it possible to use the railways capacity in an optimal way, to reduce costs, to increase efficiency and profitability for the carriers in the first place,” Alexey Grom, the President of UTLC ERA, notes. “In general, the cooperation of the EEU rail carriers, the ports of Kaliningrad and Baltiysk, the container shipping lines and UTLC ERA as a container trains operator on the 1’520 mm gauge is aimed at offering customers a new transport and logistics service which will be competitive by optimal transit time and cost.”

“We believe that the multimodal transportation in the context of the container transit transportation increase has great prospects and can serve as a good complement to the basic land routes. We are yet to improve the technology, to analyze the readiness of the transport and logistics service”,  Alexey Grom says. The first multimodal container transportation through the Kaliningrad port is the completion of a large amount of work on a new service launching. Nowadays, transit trains through the overland terminals of Kaliningrad along the route China – Europe – China are regularly running. “Kaliningrad Universal Transport and Logistics Center works at the Dzerzhinskaya-Novaya station, and starting from November 2018 we receive and send three pairs of trains a week at this station.”

The total freight traffic volume in UTLC ERA service for 10 months this year has reached 214’000 TEUs. The volume is 57% more than during the same period in 2017, when 136’000 TEUs were transported. In October 2018, UTLC ERA transported 28’220 thousand TEUs. The company manages a fleet of fitting vagons, which is about 4’000 units in number, 85% of which are long-base 80-foot vagons. Every day up to 15 full container trains are transported on the 1’520 mm gauge in UTLC ERA services.