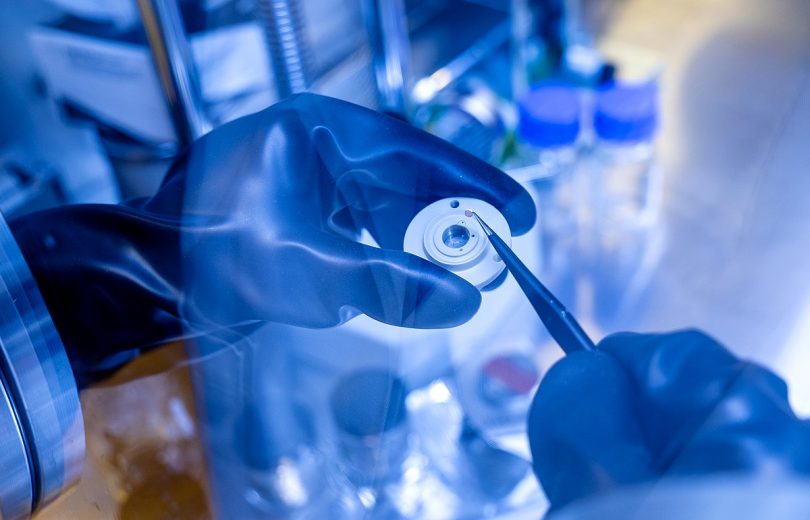 [Chalmers University of Technology] – In the search for sustainable energy storage, researchers at Chalmers University of Technology, Sweden, present a new concept to fabricate high-performance electrode materials for sodium batteries. It is based on a novel type of graphene to store one of the world’s most common and cheap metal ions – sodium. The results show that the capacity can match today’s lithium-ion batteries with this “Janus graphene”.

Even though lithium ions work well for energy storage, lithium is an expensive metal with concerns regarding its long-term supply and environmental issues.

Sodium, on the other hand, is an abundant low-cost metal, and a main ingredient in seawater (and in kitchen salt). This makes sodium-ion batteries an interesting and sustainable alternative for reducing our need for critical raw materials. However, one major challenge is to increase the capacity.

The ions intercalate in the graphite, which means that they can move in and out of the graphene layers and be stored for energy usage. Sodium ions are larger than lithium ions and interact differently. Therefore, they cannot be efficiently stored in the graphite structure. But the Chalmers researchers have come up with a novel way to solve this. 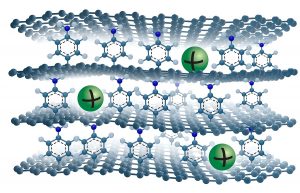 “We have added a molecule spacer on one side of the graphene layer. When the layers are stacked together, the molecule creates larger space between graphene sheets and provides an interaction point, which leads to a significantly higher capacity,” says researcher Jinhua Sun at the Department of Industrial and Materials Science at Chalmers and first author of the scientific paper, published in Science Advances.

The upper face of each graphene sheet has a molecule that acts as both spacer and active interaction site for the sodium ions. Each molecule in between two stacked graphene sheets is connected by a covalent bond to the lower graphene sheet and interacts through electrostatic interactions with the upper graphene sheet. The graphene layers also have uniform pore size, controllable functionalisation density, and few edges.

Ten times the energy capacity of standard graphite
Typically, the capacity of sodium intercalation in standard graphite is about 35 milliampere hours per gram (mA h g-1). This is less than one tenth of the capacity for lithium-ion intercalation in graphite. With the novel graphene the specific capacity for sodium ions is 332 milliampere hours per gram – approaching the value for lithium in graphite. The results also showed full reversibility and high cycling stability.

“It was really exciting when we observed the sodium-ion intercalation with such high capacity. The research is still at an early stage, but the results are very promising. This shows that it’s possible to design graphene layers in an ordered structure that suits sodium ions, making it comparable to graphite,” says Professor Aleksandar Matic at the Department of Physics at Chalmers.

“Divine” Janus graphene opens doors to sustainable batteries
The study was initiated by Vincenzo Palermo in his previous role as Vice-Director of the Graphene Flagship, a European Commission-funded project coordinated by Chalmers University of Technology.

The novel graphene has asymmetric chemical functionalisation on opposite faces and is therefore often called Janus graphene, after the two-faced ancient Roman God Janus – the God of new beginnings, associated with doors and gates, and the first steps of a journey. In this case the Janus graphene correlates well with the roman mythology, potentially opening doors to high-capacity sodium-ion batteries.

“Our Janus material is still far from industrial applications, but the new results show that we can engineer the ultrathin graphene sheets – and the tiny space in between them – for high-capacity energy storage. We are very happy to present a concept with cost-efficient, abundant and sustainable metals,” says Vincenzo Palermo, Affiliated Professor at the Department of Industrial and Materials Science at Chalmers.

More on the material: Janus graphene with a unique structure
The material used in the study has a unique artificial nanostructure. The upper face of each graphene sheet has a molecule that acts as both spacer and active interaction site for the sodium ions. Each molecule in between two stacked graphene sheets is connected by a covalent bond to the lower graphene sheet and interacts through electrostatic interactions with the upper graphene sheet. The graphene layers also have uniform pore size, controllable functionalisation density, and few edges.

The scientific article “Real-time imaging of Na+ reversible intercalation in “Janus” graphene stacks for battery applications” was published in Science Advances and is written by Jinhua Sun, Matthew Sadd, Philip Edenborg, Henrik Grönbeck, Peter H. Thiesen, Zhenyuan Xia, Vanesa Quintano, Ren Qiu, Aleksandar Matic and Vincenzo Palermo. The researchers are active at the Department of Industrial and Materials Science, the Department of Physics and Competence Centre for Catalysis at Chalmers University of Technology, Sweden, Accurion GmbH, Germany and Institute of Organic Synthesis and Photoreactivity (ISOF) at the National Research Council of Italy.

The research project has received funding from the European Union’s Horizon 2020 research and innovation program under GrapheneCore3 881603–Graphene Flagship, FLAG-ERA project PROSPECT, the Chalmers Foundation and the Swedish Research Council. The calculations were performed at C3SE (Gothenburg, Sweden) through an SNIC grant. This work was performed, in part, at Myfab Chalmers and Chalmers materials analysis laboratory.