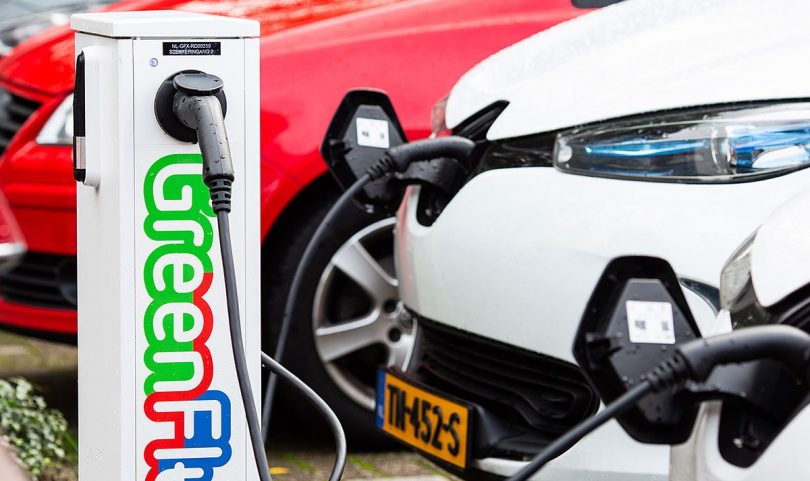 Smart charging developed into an important part of smart grids: Grid overloads are prevented by smart charging electric vehicles, people obtain electricity from charging with their own solar panels and capitalising on the fluctuations in the electricity prices has become an opportunity. Within the European INVADE project, GreenFlux has developed an algorithm that serves all of these goals simultaneously. In this project, GreenFlux cooperated with the Dutch organization ElaadNL along with a consortium of 12 European parties.

Smart charging of electric cars has been used for quite some time now. Increasing use of wind and sun and an enormous increase in electric charging is causing large-scale fluctuations on the energy network. The increase in sun and wind also causes greater price variations in the energy markets, an indication of the fact that it is becoming more difficult to match the supply and demand of sustainable electricity generation within the energy system. The INVADE project demonstrated that smart charging can indubitably be used to overcome both challenges. Smart charging has been made even smarter by on the one hand, improving the Open Smart Charging Protocol (OSCP) and, on the other hand, using the available fluctuating energy for charging electric vehicles.

Lennart Verheijen, innovation manager at GreenFlux: “The unique thing about this project is that smart charging has been applied on a large scale from a cloud system. No local hardware has been adjusted or installed at any pilot location; everything was controlled remotely. This makes the solution built here extremely scalable. GreenFlux is prepared for a future in which millions of cars make massive use of sustainable energy when it is available, while at the same time we can limit the costs of grid extension to an absolute minimum.” 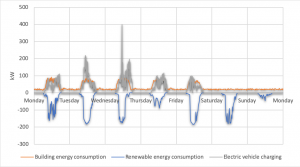 Office situation without optimization through which the generated solar energy and load requirement are not matched. ©_Greenflux

During the INVADE project, GreenFlux focused on two situations: households and offices. The third situation, public charging points, was investigated by ElaadNL. The first case had about fifty households with at least one electric car, a private charging station and preferably also solar panels. Meanwhile, the office case concerned locations from a few chargers to a location with 98 charging stations. There were eight pilot locations amounting to 199 charging points altogether. An important prerequisite for the project was that EV riders would not be affected by smart charging and that it would be a scalable solution without modifications of the existing equipment.

Office situation with optimization through smart charging algorithms, whereby the generated energy and the energy requirements of the office and electric cars are directly aligned. ©_Greenflux

At the moment it appears that the business case for offices is mainly in saving grid extension. By not charging all cars simultaneously, a cost saving of a quarter of a million euros could be achieved in one case due to smart charging eliminating the need to increase the building’s grid capacity. The annual additional network operator costs of 80,000 EUR, that would have been necessary without smart charging, were redundant as a result of running the algorithms used by GreenFlux. The same savings can be achieved in households as in offices, whereby the savings are made to the network operator.

The flexibility that electric cars can offer, especially if there are millions of them, is of great value for the energy system. The INVADE project has shown that if the solutions in this project are scaled up to a situation in which all cars will be electric, the total flexible power that electric cars can offer will be six to nine times greater than our current total power demand per day.

Hans de Boer, CEO GreenFlux: “European projects such as INVADE are very important to us. Thanks to these types of projects, we can continue to expand our global leading position in the field of smart charging.”

What makes the GreenFlux smart charging solution unique is that only one solution is necessary to prevent grid overload, while simultaneously anticipating on the energy markets. All existing systems only focus on one of those goals.

INVADE is a European subsidised project from the Horizon 2020 Research and Innovation program. The abbreviation is derived from the objective for the integration of electric vehicles and batteries in the distribution network for accessing distributed and centralized energy storage. The project started on 01 January 2017 and ran until the end of 2019. In the project, 12 partners worked together at five test locations (the Netherlands, Norway, Germany, Spain and Bulgaria).

More about “Horizon 2020” projects and the EU program in general