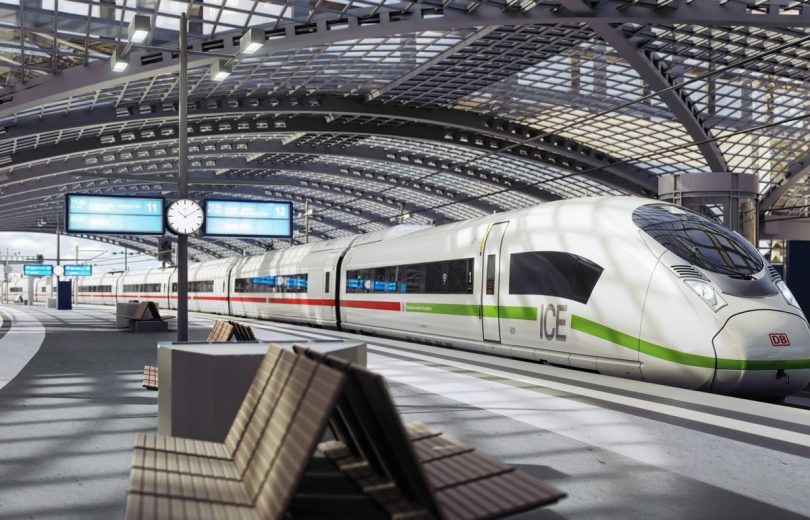 [Siemens] – Deutsche Bahn (DB) is buying 43 additional trains of the new ICE 3neo type from Siemens for around EUR 1.5 billion. DB CEO Richard Lutz and Siemens AG CEO Roland Busch announced the contract today in Berlin in the presence of Volker Wissing, Federal Minister for Digital Affairs and Transport. With this order, DB is expanding its ICE 3neo fleet to a total of 73, following the order for 30 trains of this type in July 2020. This will increase DB’s ICE fleet to a total of around 450 trains by the end of the decade. The 73 additional trains will enable DB to expand its daily capacity for long-distance transport by a further 32,000 seats. With this increase in its fleet, DB will have the capacity to meet the requirements of the synchronized timetable for nationwide service planned for 2030.

Capable of a top speed of 320 km/h, the new ICE 3neo provides numerous innovations for enhancing passenger comfort along with its 439 seats: 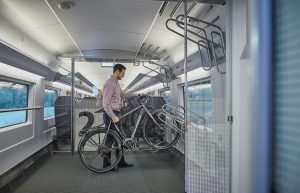 Dr. Richard Lutz, CEO of Deutsche Bahn AG: “More railways is the key to climate protection in Germany. That’s why everything speaks for expanding climate-friendly rail transport – and that’s why we’re holding to our course for growth and investment. With the new ICE, we’re not only providing more capacity in our trains, but are also enhancing the quality and comfort for our passengers. Our customers can already look forward to the next timetable change in December.”

Dr. Volker Wissing, Federal Minister for Digital Affairs and Transport: “The new ICE stands for progress on the rails – fast, digital, barrier-free. The 73 new trains with their additional 32,000 seats will make a major contribution to implementing the country’s synchronized timetable for nationwide service. This will bring us another step closer to our goal of doubling the number of rail passengers in the next eight years.”

Dr. Roland Busch, President and CEO of Siemens AG: “Today we are taking an important step in the mobility transition. With our new high-speed trains, we’re supporting Deutsche Bahn in realizing its vision: transporting more people with maximum comfort, punctuality and better service, and doing so efficiently and with the greatest sustainability. We’ll be putting the first trains in service at the end of this year. We’re achieving this at record speed because we are working on the basis of a long-standing, trusting partnership with DB, and are relying on a proven train platform that we’ve enhanced with numerous innovations for the passengers.”

DB and Siemens presented the first ICE 3neo type at the ICE plant in Berlin-Rummelsburg at the announcement of the contract. The train was built in the record time of just twelve months – faster than any other ICE in the past.

The first ICE 3neo will enter passenger service at the end of this year. The new trains will initially operate between North Rhine-Westphalia and southern Germany on the high-speed route via Cologne and the Rhine/Main valley.