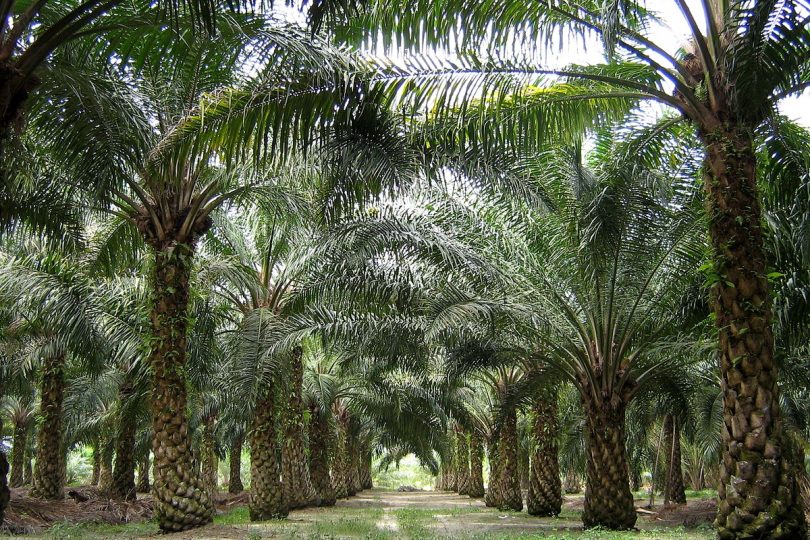 The vegetable oil price index of the Food and Agriculture Organization of the United Nations (FAO) dropped 12 per cent over the past marketing year and is currently at a level lower than that recorded in December 2018. 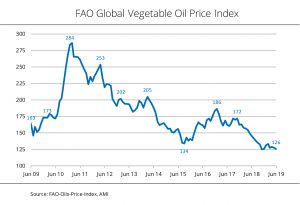 The FAO vegetable price index shows the changes in international prices for ten different vegetable oils, weighted with their export shares in world trade. Following a slight rise in the first half year 2019, the index declined 6 points to 126 points. This translates to a 1.6 per cent decrease from the previous month and also the lowest level since December 2018. The decline is due to the slide in palm and soybean oil prices. International prices for palm oil at the Kuala Lumpur exchange dropped just less than 10 per cent over the past 6 months, Agrarmarkt Informations-Gesellschaft (AMI) has reported.

The reason was sluggish demand on the global market on which the largest palm oil producing countries, Indonesia and Malaysia, account for almost 90 per cent of palm oil supplies. Seasonal growth in output in Southeast Asia also had a negative impact on the market. Prices of soybean oil also flagged, because low export prospects and forecasts of adequate global supply generated pressure.

In contrast, prices of sunflower and rapeseed oil did not follow the downward trend. The reason was continued buoyant demand based on expectations of smaller harvests in key countries of origin.

The Union zur Förderung von Oel- und Proteinpflanzen (UFOP) has noted that the price situation in the vegetable oil markets would be even more dramatic, if countries such as Argentina, Brazil, the US and Indonesia did not ease market pressure by raising national blending quota requirements for soybean and palm oil biofuels, which leads to a rise in producer prices. With production capacities of more than 6 million tonnes, Indonesia is the world’s largest producer of biodiesel. The country is promoting a programme to launch diesel with a 30 per cent incorporation rate (B30).

UFOP stated that while governments in Germany and other EU countries are hiding behind a “food-or-fuel debate” that doesn’t draw on hard facts, these states are demonstrating how “bioeconomics” work. The association assumes that the countries in question – except the US – will take this biofuels policy into account in their national climate and energy plans they are required to provide by the end of 2020 under the Paris climate protection agreement. UFOP is again calling for a clear political commitment to “cultivated biomass” as an option to decarbonise the transport sector. [Source: UFOP]