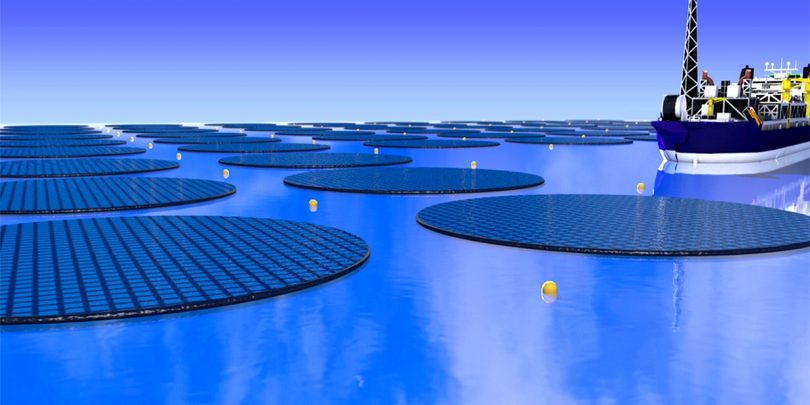 [norwegianscitechnews.com] – Covering less than ten per cent of the world’s hydropower reservoirs with floating solar panels would yield as much energy as all hydropower does today, researcher Trygve Kristiansen says. – A report by Live Oftedahl, published 02.01.2023 in Norwegian SciTech News, the webzine with research news from the Norwegian University of Science and Technology NTNU, and Scandinavian research group SINTEF.

Trygve Kristiansen does research on floating solar power, which are photovoltaics supported on the water. He believes that floating solar panels could play an important global role in the transition to greener technologies. He is a professor of marine technology at NTNU. “By covering between five and ten per cent of the world’s hydropower reservoirs with floating solar, we could produce as much electricity as all hydropower does now,” he says.

Doing this would also limit evaporation from these reservoirs.
“Less evaporation would be a good thing in areas where water is a scarce resource,” says the professor, who is also a supervisor in SFI Blues, a centre for research-driven innovation focused on developing and improving floating structures for the next generation of ocean industries. Floating photovoltaics are now regarded as a major opportunity to provide clean electric power to major cities, especially in Asia. Solar roofs are not sufficient to fill the need. “Many of the largest cities are located by the sea, and floating solar will be able to thrive there. In addition to large surfaces, the sea offers an important cooling effect,” says Kristiansen. 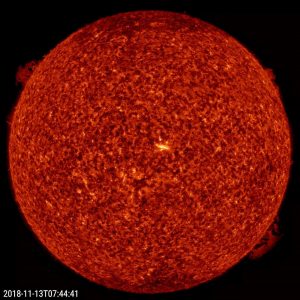 Opposing Solar Prominences: Two solar prominences, directly at opposite sides of the Sun. At any given moment, 173’000 terawatts shine continuously from the sun to the Earth and radiate 10’000 times more energy than we are able to use.
Photo: NASA/GSFC/Solar Dynamics Observatory; NASA ID: PIA18143

Using ocean space
Trygve Kristiansen thinks we don’t need to stop there. Floating solar could be used to a far greater extent than solely on hydropower reservoirs. “If you look at the world’s anticipated overall energy needs in 2050, we could be even more ambitious. We calculated that if you put solar islands on 0.17 per cent of the world’s oceans, the power needs for the entire world would be covered,” says Kristiansen. That 0.17 per cent of ocean space corresponds to approximately twice the land area of Norway. “I can also envision these solar islands being charging stations for ships. They could also be used to generate electricity for floating factories that produce renewable fuels like hydrogen or methanol,” he says.

Kristiansen has co-authored an article on the topic in the journal PNAS (Proceedings of the National Academy of Sciences). The article has received a great deal of international attention, including from CNN and the BBC.

Floating solar is competitive with offshore wind power. “If you covered one square kilometre with solar panels in southern Spain, where the annual average solar radiation is 200 watts per square metre, floating solar would be able to produce about 44 megawatts. Today’s wind turbines produce on average about 6 megawatts for the same area,” he says.

How do solar photovoltaics float?
We haven’t figured out the best technology for this approach yet. Floating solar has to be cost effective. At the same time, solar islands need to be able to tolerate some rough seas and strong winds. The floating structures have to follow the waves for it to work. So how are the solar panels supposed to stay afloat? And what is the best solution to link them?

Floating solar power a fairly new concept
A number of floating solar pilot plants have already been built around the world. They are often found on bodies of water on islands, in cities and in communities that do not have other sources of power. Floating solar panels have been installed on several hydropower reservoirs in Japan and China. “We need this power in Norway as well, such as for onsite power at aquaculture facilities or to provide power for Norway’s new power-intensive industries, such as battery factories,” he said.

The idea of expanding solar panels in floating structures on dams and other land-based water sources and in the ocean is relatively new. “Floating solar is a field of research in its very early stages. Only in the last two years has it has started to attract attention. The EU has announced calls for research projects in the past year,” Kristiansen said.