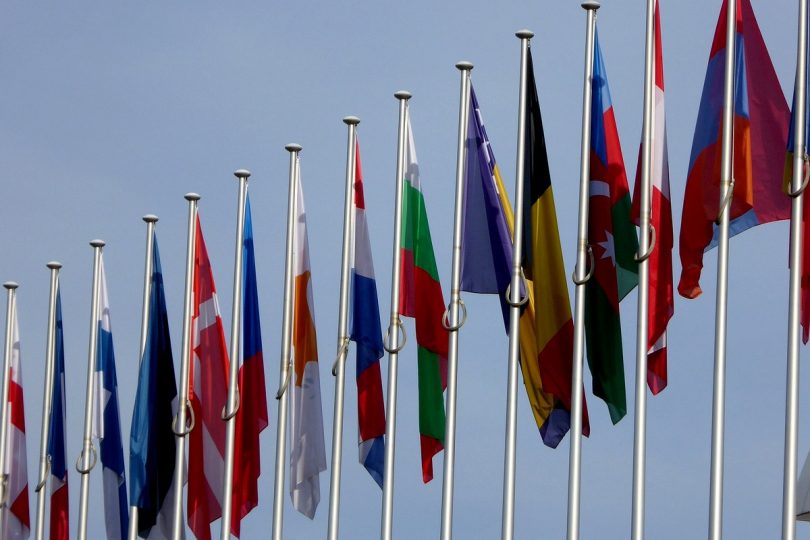 The EU Commission launched the EU Blockchain Observatory and Forum with the support of the European Parliament, represented by MEP Jakob von Weizsäcker responsible for the recent report on virtual currencies.

Blockchain technologies, which store blocks of information that are distributed across the network, are seen as a major breakthrough, as they bring about high levels of traceability and security in economic transactions online. They are expected to impact digital services and transform business models in a wide range of areas, such as healthcare, insurance, finance, energy, logistics, intellectual property rights management or government services.

Vice-President for the Digital Single Market Andrus Ansip  said: “Technologies like blockchain can help reduce costs while increasing trust, traceability and security. They have huge potential for making social and economic transactions more secure online by guarding against an attack and removing the need for any middleman. We want to build on Europe’s substantial talent base and excellent startups to become a leading world region that will develop and invest in the rollout of blockchain.”

Valdis Dombrovskis,  Vice-President responsible for Financial Stability, Financial Services and Capital Markets Union said: “Among the many technologies that are driving digital innovation, blockchain has the potential to be truly transformative for financial services and markets. The Blockchain Observatory and Forum will monitor developments and also inform our policy making.”

Commissioner for the Digital Economy and Society Mariya Gabriel  said: “I see blockchain as a game changer and I want Europe to be at the forefront of its development. We need to establish the right enabling environment — a Digital Single Market for blockchain so that all citizens can benefit, instead of a patchwork of initiatives. The EU Blockchain Observatory and Forum is an important step in that direction.”

The European Commission has been funding blockchain projects through the European Union’s research programmes FP7 and Horizon 2020 since 2013. Up to 2020, it will fund projects that could draw on blockchain technologies for up to EUR 340 million. 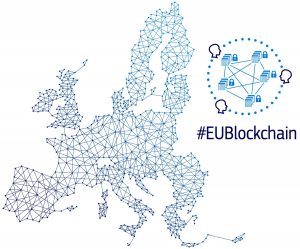 European innovators and entrepreneurs are already offering blockchain-based solutions. Major players from traditional sectors, like banks, insurances, stock exchanges, logistics or companies are engaged in pilot projects. Many Member States have announced initiatives as they seek to reinforce their use of blockchain technology.

The European Commission wants to build on the existing initiatives, ensure that they can work across borders, consolidate expertise and address the challenges created by the new paradigms enabled by blockchain (such as disintermediation, trust, security and traceability by design).

The EU Blockchain Observatory and Forum will play an active role in helping Europe to seize new opportunities offered by blockchain, build expertise and show leadership in the field. It will be gathering information, monitoring and analysing trends, addressing challenges and exploring blockchains’ socioeconomic potential. It will enable cross border cooperation on practical use cases, bringing Europe’s best experts together and promoting an open forum for blockchain technologists, innovators, citizens, industry stakeholders, public authorities, regulators and supervisors, to discuss and develop new ideas in order to learn, engage and contribute in an open way.

ConsenSys, a global player now well established in Europe, has been selected as partner to support the Observatory’s outreach in Europe following a call for tenders launched last year. As an important actor in the blockchain community, ConsenSys will bring strong commitment to blockchain development, solid expertise and connections with the global blockchain ecosystem, and an entrepreneurial approach to engage with stakeholders and experts in the EU and worldwide. It will work in close cooperation with Commission services to run the EU Observatory and Forum, after having signed the contract on 29 January 2018.

Blockchain may bring great improvements for the European industry – from start-ups to large corporates, administrations and citizens. It can enable the provision of more efficient services and the emergence of new ones by:

EU Governments and the European Commission work on blockchain related actions. In May 2017, in the Digital Single Market mid-term review, the Commission recognised blockchain-inspired technologies as having huge potential for our administrations, businesses and the society in general. Also, the Council conclusions of 19 October 2017 (page 7) highlight blockchain, along with artificial intelligence, as “key emerging trends”.

There are regular interactions between the European Commission services and the blockchain constituencies, including organisations that envisage to use such technologies and are running proof of concepts or pilots. In the 1st EU blockchain Conference (11th May 2017), online polls from more than 600 participants asked Europe to take leadership on this topic.

The European Commission wants to provide more visibility to actors and build on existing initiatives, consolidate expertise and address the challenges created by the new paradigms enabled by blockchain, such as supporting the European Industry, improve business processes and enable new business models. The Blockchain Observatory and Forum was created as a European Parliament pilot project proposed by MEP von Weizsacker and is intended to support the Commission’s work of FinTech.

Fintech is a policy priority of the European Commission since it can and will play a major role in achieving the objectives related to the development of the single market, Banking Union, the Capital Markets Union and retail financial services.

Recognising the cross-sectoral transformation of the sector, the Commission set up in November 2016 a Task Force on Financial Technology, which builds on the Commission’s goal to develop a comprehensive strategy on Fintech. The Commission is currently working on a FinTech Action Plan, which will be presented in the spring.