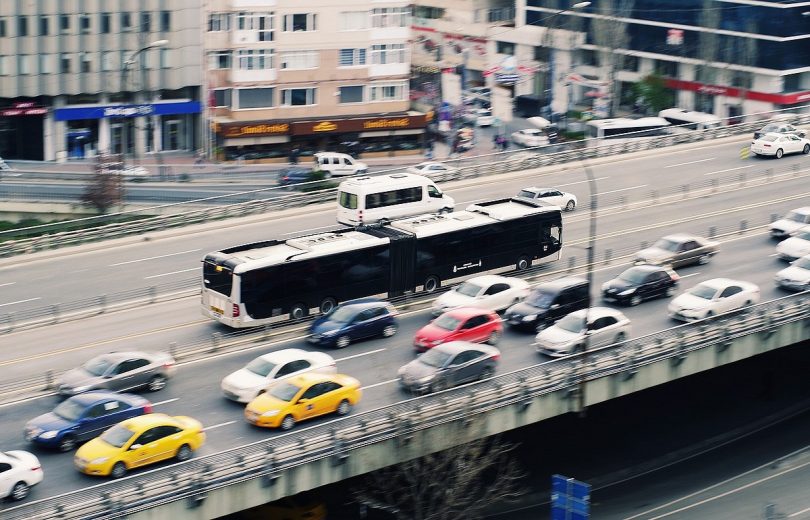 [Fotech] – Emissions reductions, air quality improvements and improved journey times are fundamental for successful smart city infrastructure. Traffic emissions, which significantly and negatively impact air quality, are exacerbated by congestion on road networks. Congestion in the US alone costs $305 billion in lost hours, according to the largest-ever study of global traffic conducted by Inrix. With approximately two-thirds of the world’s population expected to be living in cities by 2040, congestion will only be compounded in growing smart cities. DAS could help.

Stuart Large, Product Line and Business Development Director at Fotech, a BP Launchpad company, says, “Reducing congestion and keeping roads free flowing in smart cities will reduce emissions and go some way to address climate change. It sounds like the impossible dream, but the reality is, the future is here, today.”

The problem with existing technology
Existing traffic management technology utilises sensors embedded in roads and above ground so traffic can be managed in order to reduce travel time to a certain extent. However, for smart cities, these existing traffic tracking technologies have some limitations.

Large explains: “Point sensors and cameras have limited and often fixed fields of view, while in-vehicle sensors that track location data, lack the granular detail for concise traffic flow tracking. Floating point data can give average waiting times at a junction, but it lacks the expediency to change traffic lights in real-time to improve vehicle flow immediately.”

GPS can also be affected by disrupted signals in tunnels or in rural areas or simply because tracking technology is only available within a minority of vehicles. 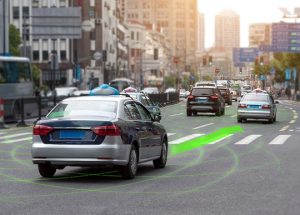 Delivering real-time information
Fotech’s Distributed Acoustic Sensing (DAS) is an innovative technology providing the answer to continuous monitoring. DAS is a photonic sensing technology that taps into a city’s existing fibre optic cable network enabling it to become hundreds of thousands of vibration sensors that can, amongst other things, detect and track vehicle movements. DAS can deliver the real-time insights cities need to become truly smart.

DAS works by sending thousands of pulses of light along fibre optic cables every second and monitoring the pattern of light reflected back. The fibre optic cable picks up any acoustic or vibrational energy, which changes the light pattern that is reflected back. By using advanced algorithms and processing, DAS analyses these changes to identify and to categorise the disturbance, such as a traffic jam, a traffic accident or a queue of cars on a slip road. Each type of disturbance has its own signature; the technology tells in real-time, what’s happening, and where. DAS technology tracks vehicle movements and can determine the size and therefore where it’s likely to be a heavier polluter for example, but it is not able to determine a vehicle’s identity, simply the type of vehicle it is; the data is completely anonymised.

“DAS is crucial when it comes to managing the flow of traffic and avoiding traffic jams. By detecting patterns in vehicles approaching a junction or identifying where an existing traffic queue starts and ends, DAS can be used by local authorities to change traffic light sequencing in real-time to keep traffic moving and ultimately help to reduce congestion, and crucially decrease fuel consumption, lower emissions and improve air quality,” says Large.

Easy integration
Another key challenge in smart city infrastructure is being able to deliver a fully-integrated traffic management system without rendering existing infrastructure obsolete. Solutions that can incorporate and build upon current infrastructure set-ups are far more economical and cause much less disruption in the long run.

“DAS is easy to integrate. There’s no need to carry out extensive construction work, dig up streets or install new fixed-point sensors or cameras. Because DAS essentially plugs in to existing fibre optic cable networks, its benefits can be delivered at minimal incremental cost,” says Large.

DAS in action
Spanish infrastructure and engineering company Comsa worked with Fotech to trial DAS on a five kilometre stretch of road in La Bisbal d’Empordŕ, Spain. Tapping into fibre optics roadside in a micro trench and underneath the roadside pavement, the aim was to show that DAS could alleviate the strain on transport networks and provide better insights on road congestion. A combination of DAS and video cameras measured regular traffic flows to cross-validate the findings at specific points along the route. DAS was able to determine the size of vehicles, the speed at which they were travelling as well as identifying points of congestion and the length and growth-rate of queues.

Fotech is also working on the SIMULATE project at a location in Staffordshire, UK to build an integrated solution that can control traffic at an intersection or ultimately a broader network, with the additional benefit of reducing emissions and increasing air quality.

The dramatic rise in global smart cities is showing no sign of slowing down; by 2025 there are estimated to be 29 megacities – with more than 10 million inhabitants – and 600 urban centres generate 60% of global GDP.

“There’s been a seismic shift over the last few decades in where the global population is living. And while no single technology can provide the answer to the challenges of smart urbanisation, it’s clear an integrated approach is necessary, and DAS has a key role to play. Reliable and efficient traffic flow systems have become essential for sustainable, smart urban growth, so as cities get smarter, our technology and how we use it must continue to do so, too,” concludes Large.