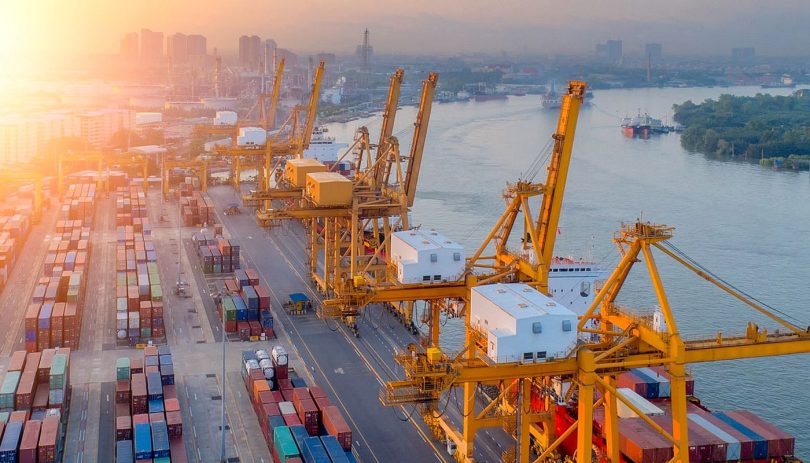 Kühne Logistics University (KLU) and Hapag-Lloyd are strengthening the dialogue between international research and maritime economy. On November 22, 2018, they welcomed around 150 guests at the grand opening of the Hapag-Lloyd Center for Shipping and Global Logistics (CSGL).

Kühne Logistics University has joined forces with the shipping company Hapag-Lloyd in opening a new research center in Hamburg that specializes in maritime logistics. The Hapag-Lloyd Center for Shipping and Global Logistics (CSGL) will promote the ongoing discourse between international research and the shipping industry.

Founding the new center has been a strategic move for the private university in order to establish themselves as a partner of the industry while continuing their work in internationalization, said Thomas Strothotte, PhD, President of the KLU at the opening ceremony. “We are combining theory with practice, and are building upon KLU’s key competence areas digital transformation, creating value, and sustainability.”

Karl Gernandt, Chairman of the Supervisory Board at KLU and Executive Chairman of Kühne Holding AG, emphasized the crucial role of the news center for the industry. “No matter how well established a company is in the logistics and maritime industry, they must actively seek a dialogue with young talents and innovators.” Only in this way will the economy be able to meet the challenges of the industry. In addition, Gernandt praised KLU founder Klaus-Michael Kühne for his outstanding contribution in founding the CSGL.

Rolf Habben Jansen, Chief Executive Officer at Hapag-Lloyd, added: “International container shipping is facing major challenges, such as ongoing digitalization, the upcoming IMO2020 fuel regulation, and possible restrictions of free world trade due to new customs barriers. We expect the CSGL to provide us with a multitude of scientific research which will benefit the entire industry.”

The CSGL is led by Professor Michele Acciaro, who has been researching and teaching at KLU since 2013.

Around 150 researchers, economists and politicians attended the inauguration held in the Golden Auditorium at KLU. The opening of the research center was rounded off by an international symposium on the Belt & Road Initiative and its effects on the logistics industry at KLU on 23 November 2018.