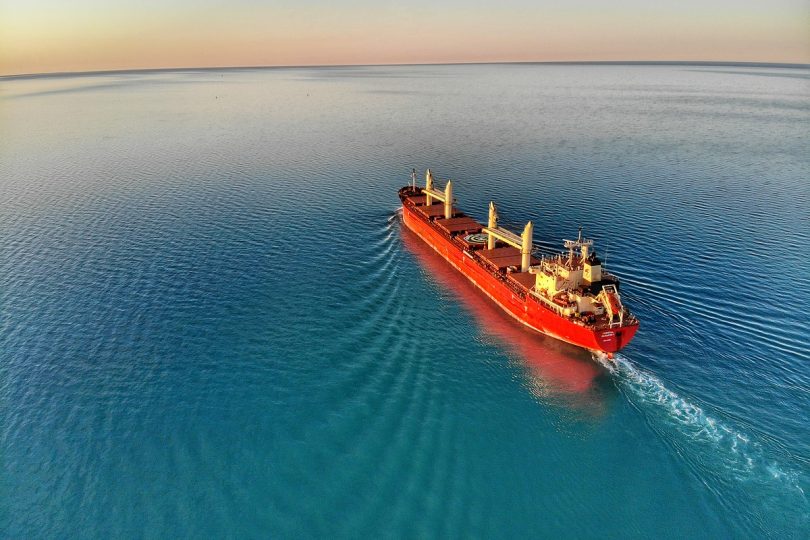 [EU Commission] – From 1 January 2020, the maximum sulphur content of marine fuels is reduced to 0.5% (down from 3.5%) globally – reducing air pollution and protecting health and the environment. Sulphur Oxide (SOx) emissions from ships’ combustion engines cause acid rain and generate fine dust that can lead to respiratory and cardiovascular diseases, as well as reduced life expectancy.

Commissioner for Transport Adina Vălean said: “Maritime transport is a global business, and reducing its emissions requires global solutions. The entry into force of the global sulphur cap is an important milestone for the entire maritime sector; it will contribute to further reduce emissions of harmful air pollutants, directly benefiting cities and communities around the globe, including important ones on our Southern European shores. It also shows that concerted effort from the EU and the IMO, together with strong commitment from the industry can deliver important benefits to the environment and the health of our citizens.”

Commissioner for the Environment, Oceans and Fisheries Virginijus Sinkevičius added: “The European Green Deal is set to deliver on a zero-pollution ambition for both climate neutrality and a toxic-free environment. This EU ambition protects our citizens’ well-being, but also ensures healthy and clean environments, seas and oceans within a carbon-free and sustainable blue economy where all sides jointly engage, including maritime transport. We welcome low sulphur standards globally and in Emission Control Areas so that more EU coastal citizens can breathe clean air.”

EU’s low sulphur approach as international example
Since 2012, the EU has taken firm action to reduce the sulphur content of marine fuels through the Sulphur Directive. In 2016, the International Maritime Organization (IMO) maintained 2020 as entry-into-force date of the global 0.5% sulphur cap.

Moreover, in some very fragile ecosystems such as the Baltic Sea and the North Sea – designated as ‘Sulphur Oxides Emissions Control Areas’ (SECAs) – the maximum sulphur content has been reduced to 0.10%, already in 2015. Such stricter sulphur limits have more than halved sulphur dioxide concentrations around SECAs, bringing health benefits to people in coastal regions and ports, while the overall economic impacts on the sector remained minimal.

Next steps on sustainability in shipping
Based on the successful implementation of the Emission Control Area (ECA) limits, the introduction of the global sulphur limit is expected to bring similar results. The EU is also actively working in the context of the Barcelona Convention, on the possible future designation by the IMO of ECAs in other EU waters such as in the Mediterranean Sea.

The EU has strived for an active role in tackling maritime emissions more generally, both at home and globally. In 2018, the IMO agreed to reduce greenhouse gas emissions from shipping by at least 50% by 2050. The EU and its Member States played an instrumental role in brokering and securing the deal for the sector, which currently represents 2-3% of global CO2 emissions. Discussions are already ongoing at the IMO to translate this deal into concrete measures.

To tackle plastic pollution within our oceans, the EU adopted new rules on port reception facilities, making sure that waste generated on-board ships or fished at sea is collected and treated in ports.

The EU is also working with the IMO to address concerns regarding discharge waters from after-treatment systems used by ships. The objective is to ensure full sustainability of those systems, possibly by setting stricter and uniform legislative requirements.

In addition, the European Green Deal, presented by the President of the Commission Ursula von der Leyen in December 2019, sets out further action to make shipping more sustainable such as the extension of the European emissions trading to the maritime sector.

Background
Maritime transport has a direct impact on air quality in many European coastal cities. Exhaust gases from ships are a significant source of air pollution, including through sulphur oxide emissions resulting from the burning of fuel oil. Sulphur oxides are harmful to the human respiratory system and make breathing difficult.

Ships traditionally use fuel oils for propulsion, which can have a sulphur content of up to 3.50 %. For comparison, the sulphur content of fuels used in trucks or passenger cars must not exceed 0.001 %. The 2012 Sulphur Directive which was revised in 2016, reduced SOx emissions by setting maximum sulphur content levels for marine fuels and incorporated new standards set by the International Maritime Organisation into EU law both inside regionally protected areas and outside of those.