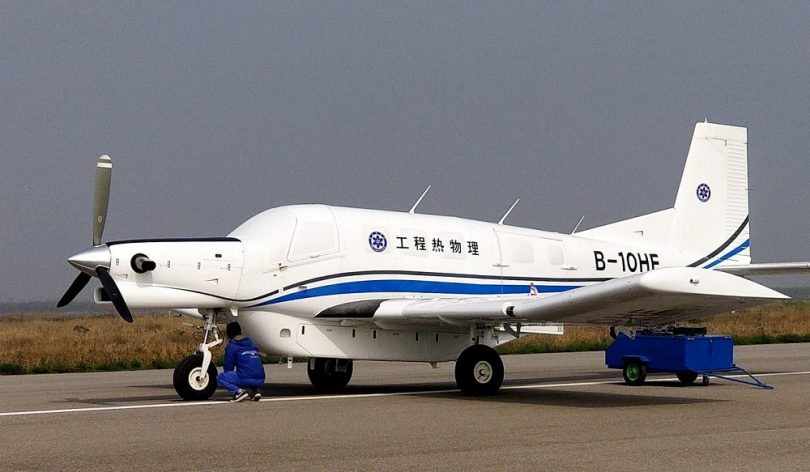 China's cargo drone for disputed islands in South China Sea is prepared for the test flight at Neifu Airport in the county of Pucheng, Weinan, on 09 Nov. 2017. Photo: Xinhua/Source: South China Morning Post

China has carried out a test flight of an unmanned aerial vehicle, a cargo drone, that could provide rapid delivery to remote islets in the South China Sea without airstrips, in Beijing’s latest move to secure its presence in the disputed waters.

The cargo drone – built from a modified low-cost fixed-wing plane – can carry 1.5 tonnes of cargo and land on a runway of just 200 metres, according to the Institute of Engineering Thermophysics at the Chinese Academy of Sciences in Beijing, which led the project.

It can also use a dirt track or grass field for take off and landing at military facilities that do not have an airfield, the institute said on its website on Friday. 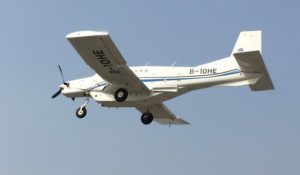 It said the AT200 drone had made its maiden flight in Weinan, Shaanxi province the previous day. “This drone has astonishing capabilities for military transport … [and it] will play an important role in securing military supplies for islands and islets in the South China Sea,” the institute said.

With a PT6A turboprop engine made by Pratt & Whitney Canada producing 750 horsepower, the drone can cover a range of 2,000 km.

From Sanya on Hainan Island, the drone could reach the Paracel Islands in just an hour, Scarborough Shoal in three hours, the Spratly Islands in four hours and the southernmost James Shoal in about five hours.

China has built radar stations, missile launch systems, fighter jet hangars and deepwater harbours for its navy ships in the South China Sea in recent years. But these military facilities depend on external supplies of fuel, food, medicine and other necessities, which are delivered by ship. It can take weeks for supplies to arrive from China in bad weather.

The AT200 drone’s cargo compartment is 10 cubic metres and it can take 1.5 tonnes of cargo, the institute said. In comparison, the K-MAX unmanned helicopter being developed for the US government and military can lift 2 to 3 tonnes of cargo, according to Lockheed Martin, one of the companies behind it.