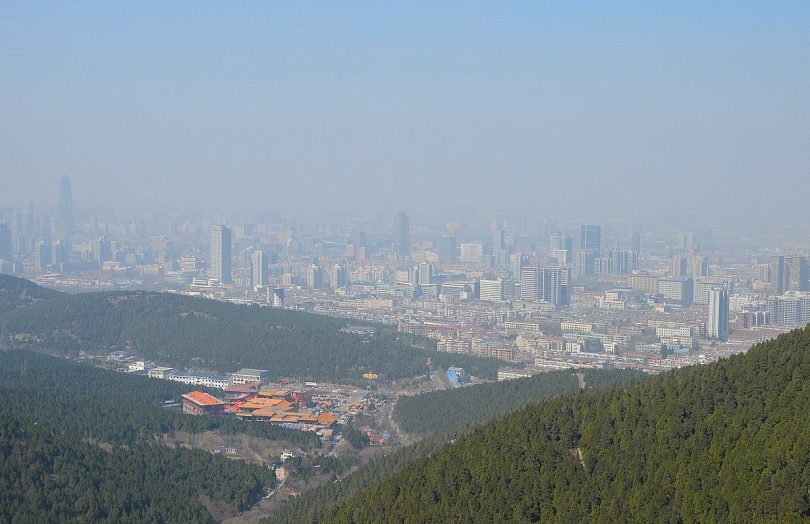 The decline in China’s carbon emissions is likely to be sustained if changes to the country’s industrial structure and energy efficiency continue, according to new research led by the University of East Anglia (UEA).

As part of the Paris Agreement, China pledged to peak its CO2 emissions by 2030. In fact, China may already have fulfilled this commitment, with emissions peaking in 2013 at a level of 9.5 Gigatons of CO2, and declining in each year from 2014 to 2016.

After nearly two decades of rapidly rising emissions the study, published in Nature Geoscience, shows that slowing economic growth in China has made it easier to reduce emissions. The decline of 4.2% in the years since to 2016 is largely associated with changes in industrial structure and a decline in the share of coal used for energy. Decreasing energy intensity (energy per unit GDP) and emissions intensity (emissions per unit energy) also contributed to the decline.

The study authors say the peak prompts important questions about what factors are driving the current decrease, their relative importance, and whether or not the decline can be sustained or even accelerated. In particular, if China’s emissions are have fallen primarily as a result of slowing economic activity, as happened in the US during the global financial crisis, renewed economic growth could reverse the decrease.

The team from UEA, the University of Cambridge and UCL, together with researchers in China and the US, explored this by assessing the drivers of Chinese CO2 emissions from 2007-2016, using the latest available energy, economic, and industry data.

They warn that China’s emissions may fluctuate in the coming years and that may mean that 2013 may not be the ‘final’ peak. Indeed, preliminary figures for 2017 have shown an increase. However, the changes in industrial activities, coal use, and efficiency that have caused the recent decline have roots in the changing structure of China’s economy and long-term government policies.

The research was led by Prof Dabo Guan and Dr Jing Meng from UEA’s Schools of International Development and Environmental Sciences.

“As the world’s top emitting and manufacturing nation, this reversal is cause for cautious optimism among those seeking to stabilise the Earth’s climate,” said Guan, professor of climate change economics. “Now, the important question is whether the decline in Chinese emissions will persist.

“We conclude that the decline of Chinese emissions is structural and is likely to be sustained if the growing industrial and energy system transitions continue. Government policies are also a sign that the decline in China’s emissions will carry on.

“In response to the US withdrawal from the Paris Agreement, China has increasingly assumed a leadership role in climate change mitigation, and its five-year progress reports under the agreement will be heavily scrutinised by the rest of the world.”

Under current plans, China’s seven local and regional pilot carbon market schemes will be replaced by a nationwide emissions trading scheme in 2018. China has also pledged to improve national energy intensity during 2015-2020, which will further translate into emissions reduction in coming years.

A recent Chinese policy directive to cap coal at four billion metric tonnes per year requires its proportion in the energy mix to decrease from 64% in 2015 to around 58% by 2020. Such pressures suggest that the downward trend in emissions could continue as China’s economy shifts from heavy and low-value manufacturing to high-technology and service industries.

Dr Meng said: “Both emissions and their underlying drivers will need to be carefully monitored, but the fact that China’s emissions have decreased for several years—and more importantly the reasons why—give hope for further decreases going forward.”