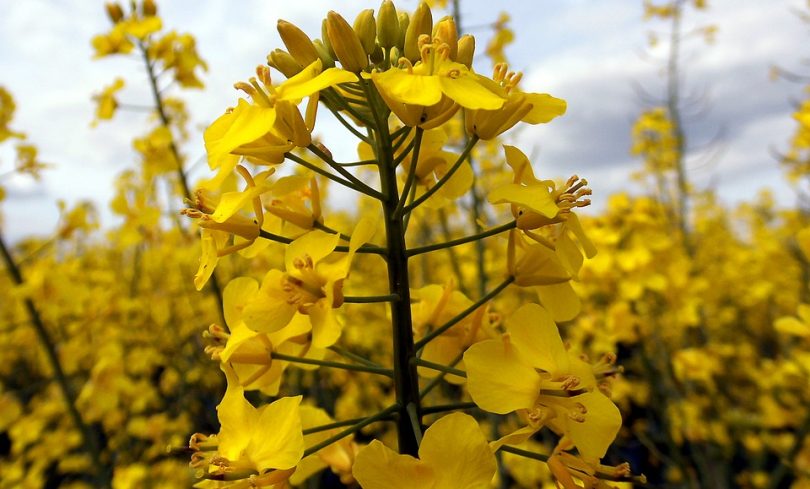 Imports of biodiesel to Germany increased sharply in 2018. The rise was triggered by overabundant supply of state-subsidised and consequently low-priced biodiesel from Argentina. The Union zur Förderung von Oel- und Proteinpflanzen (UFOP) fears that a similar development will take place after the EU Commission’s ongoing anti-subsidy proceedings against Indonesia have been concluded.

In the 2018 calendar year, biodiesel imports including HVO (hydrogenated vegetable oils) increased more than 50 per cent on the year. Rising from around 790,000 tonnes in 2017, the volume clearly passed the one million mark in 2018, reaching 1.2 million tonnes. 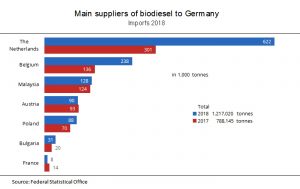 The largest quantity came from neighbouring EU countries. The Netherlands continued to be Germany’s main supplier. The country supplied in excess of 620,000 tonnes of biodiesel/HVO in 2018, more than twice the previous year’s amount. The Netherlands are the biggest producer of HVO (1.2 million tonnes in 2018). According to Agrarmarkt Informations-Gesellschaft (AMI), the largest share of production goes into exports, since annual domestic use is less than 400,000 tonnes of biodiesel/HVO.

Additional imports from overseas to the German market came via the hub of ports along the North Sea coast: Amsterdam, Rotterdam and Antwerp (often abbreviated to “ARA”). For this reason, Belgium takes second place among biodiesel-supplying countries to Germany. It has also significantly expanded its exports, by 78 per cent, since Argentine biodiesel has been available tariff-free. However, Germany also received direct biodiesel shipments from overseas, namely Malaysia. These volumes have been relatively constant since 2014/15, hovering around 130,000 tonnes.

According to UFOP, these figures underline the need to take action to discontinue palm oil-based biofuels in accordance with the revised Renewable Energy Directive now. The association has said that the general acceptance of these biofuels by members of the public and in environmental politics decreases with each imported tonne of palm oil for use in the production of transport fuel and biodiesel/HVO from palm oil.

UFOP has therefore strongly urged the European Parliament to reject the draft of the EU Commission’s delegated act with its obvious loopholes for imports from jungle regions. The association said that with the draft, the EU Commission approved that European rapeseed cultivation was increasingly losing its most important sales perspective and that, in doing so, the Commission undermined its own protein plan. UFOP has pointed out that rapeseed is by far the most important GM-free source of protein in Europe to date.