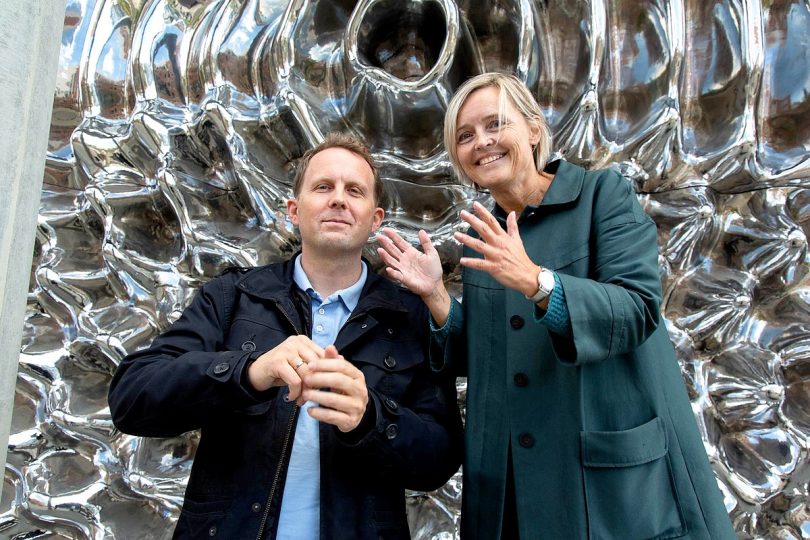 Companies can save millions by using advanced statistical methods to extract information from large amounts of collected data. One company that has adopted this new way of thinking is the international industrial group ABB. They work closely with statisticians at the University of Oslo in Norway to enable shipping companies to save millions on more optimal operations and improve ship safety.

Ships of today are checked at regular intervals to ensure that they maintain their condition. The ships must be docked to do this. Such breaks can be quite costly.

“Instead of sending inspectors on board ships, we can rather use statistical methods to monitor all the data for changes, such as when the engine is about to overheat or break down. This automatic data monitoring should be able to provide warnings about incidents before they happen”, says Morten Stakkeland, who is both a project engineer with ABB and adjunct associate professor of statistics at University of Oslo in Norway.

If the captain is notified a few hours before the engine breaks down, it is possible to repair it before the ship shuts down. Imagine the disaster if an engine fails just when a several hundred-metre-long tanker is approaching an oil terminal. The main mantra of the statisticians is to extract and interpret the enormous amount of information that can be collected from large ships.

“The point is to be able to find a pattern in these reports, so that the alarm sounds when something approaches a crisis”, says Ingrid Glad, professor at the Department of Mathematics at the University of Oslo to the research magazine Apollon. She is part of the research group Big Insight, a centre for research-driven innovation. They are working to develop and commercialise statistical methods.

Sensors are not the only source of data. The large amount of equipment on board also communicates with each other. On large tankers, the instruments send a series of cryptic reports to each other. None of these reports are standardised.

“Several gigabytes of information are gathered in a short period of time”. The huge amounts of data are continuously stored on the ship or sent to control centres on shore. The point is to find something that stands out in the data streams. “We can then build a statistical model that shows the normal condition and where we can find deviations. We might find deviations in only one sensor, or perhaps all the data from all the sensors are within the accepted range, but the correlations between the data are so special that they still trigger an alarm”, points out Erik Vanem, senior researcher at DNV-GL.

Cracks in the ship’s hull is one of the feared scenarios. The struggle against big waves in rough seas can in the worst case break the hull apart. Hundreds of sensors can be placed inside the hull to monitor the risk of material failure. DNV-GL, formerly Veritas, looks for tension in the hull. They specialise in ship safety and work on making sea transport safer.

“We can measure the tension in the hull and use this to say something about the strength of the ship and the risk of fatigue. In addition to inspecting ships on a regular basis, we can equip critical components with sensors to provide continuous monitoring. We can then catch things that we can’t catch with spot checks, and use the additional knowledge to plan when physical inspection is needed, rather than having to inspect the ship at fixed intervals”, says Erik Vanem.

The sensor data is also linked with weather data to calculate the extent of the strain on the hull over time. “If a ship has taken a lot of beating, we can pay extra attention”, says Erik Vanem.

Even something as seemingly simple as a battery check can quickly save shipping companies large sums of money. Electric ships with large batteries must be taken out of operation a whole day for the annual service. “This is lost uptime. We look at how it is possible to use statistics to evaluate the batteries. This will save shipowners a lot of money”, says Morten Stakkeland.

One of the big points is maintenance only when needed, rather than at fixed intervals. “Shipowners could potentially save millions per ship”, Stakkeland points out. He believes that data monitoring may be the first step towards driverless ships.

The big challenge is being able to interpret the enormous amounts of data and sound the alarm when necessary, but not otherwise. “The ultimate goal is to be able to report that the engine is going to fail before it happens”, says Ingrid Glad. She compares this to looking for something abnormal in the woods without knowing what it is. “If you go mushrooming, you know exactly what you’re looking for. However, we are looking for something we have never seen in the woods before. That’s much harder”.

The analysis must also take place in real time. This means that the statisticians need to create a system that detects anomalies before the abnormal situation leads to faults or damages. At the same time, they must reduce the likelihood of false alarms. It’s a mathematical challenge.