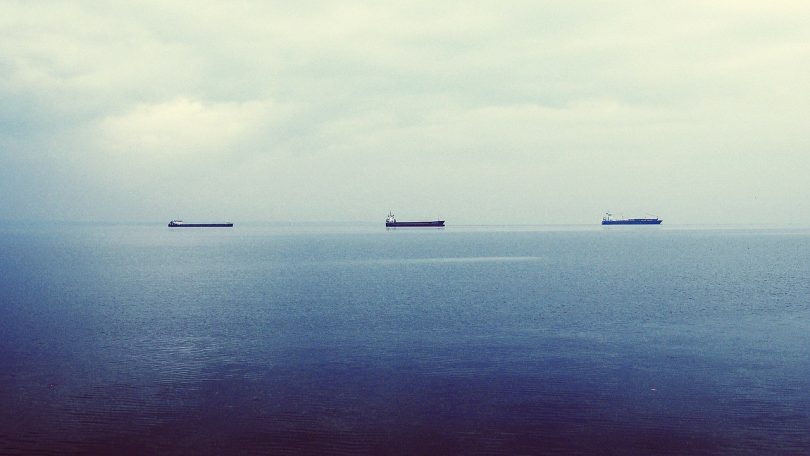 Analysis of global shipping losses over the last decade has highlighted East/South East Asian seas as an accident hotspot, with the collision of the oil tanker Sanchi* with another ship off the coast of Shanghai as the latest major shipping incident in the region. Sanchi was on fire as a result of the collision, with its cargo of condensate raising concerns around the potential for explosion and pollution. 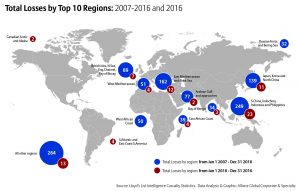 In its 2017 Safety and Shipping Review, AGCS analyzed 25,898 shipping incidents including 1,186 ‘total losses’ between January 2007 and December 2016. Over this period, global shipping safety has generally significantly improved – total losses have dropped by 50% globally from 171 ships in 2007 to 85 in 2016. However, the number of total losses in these East/South East Asian waters have declined far less over this decade, averaging 39 per year which equals one third of all worldwide total losses (33%).

Captain Rahul Khanna, Global Head of Marine Risk Consulting at AGCS, who is an ex-tanker captain with over 14 years’ experience at sea, explains: “Some have dubbed this wide region as a ‘new Bermuda Triangle’. I wouldn’t go that far but it is certainly the number one region worldwide for major shipping incidents. Not only are the seas here very busy, but they are also prone to bad weather and, although I can’t speculate on this event, some safety standards in the region are not always as high as one would expect from established international standards.”

Collision (involving vessels) is the fourth top cause of shipping losses over the past decade globally (72 losses) accounting for 6% of total losses, after foundering, wrecking and fire/explosion. 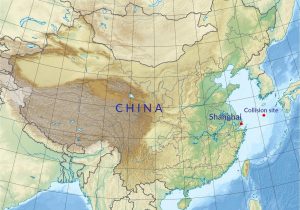 In the waters where this incident has taken place, collision is the cause of over a quarter of all shipping incidents (including total losses) in general over the past decade (1,092 out of 3,915 in this overall region).

Fire/explosion is the cause of 7% of all shipping incidents (including losses) in the East/South East Asia region over the past decade (269 out of 3,915).

The tanker industry has made great strides in safety in recent years, enjoying an extended period of benign loss activity. It has been excellent at pursuing self-regulation and maintaining high safety standards. The tanker sector has seen just 15 total losses over the past decade around the world, according to AGCS analysis.