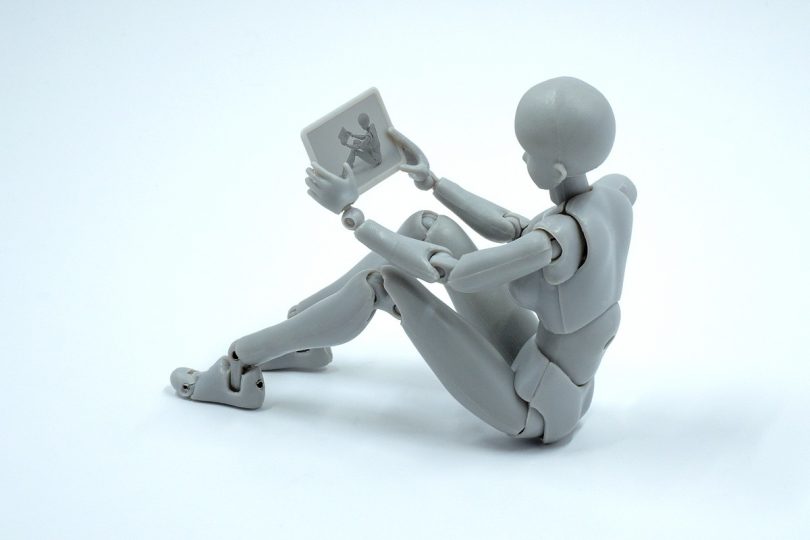 According to Joan Casas-Roma, who holds a doctoral degree in the Information and Knowledge Society from the Universitat Oberta de Catalunya (UOC) and specializes in Knowledge Representation and Reasoning, “The notion that our imagination is limitless is simply not true.” Since the 20th century, technology has enabled the development of artificial intelligence, the science concerned with simulating the capabilities of the human brain (but not the body).

Evidence of such development is all around us: in search engines like Google, which predicts the content of our searches; voice-activated virtual assistants, or chatbots; social media, which pick and choose news items, songs and products that they seemingly deem fit for our interests; and even our email accounts, which learn to determine the type of message we consider spam or bin-worthy. In light of this, researchers at the UOC have been scouring existing research on the subject in an attempt to develop a machine-made model of the human imagination, stating that their goal is to codify and mathematically represent the human mind.

The human imagination is, to a large extent, voluntary; for example, when we are choosing where to have dinner and imagine what the evening will be like at one restaurant or another, or when we think about how nice our holidays will be at different destinations. María Antonia Huertas and María Elena Rodríguez, researchers from the Technology-Enhanced Knowledge and Interaction Group (TEKING) at the UOC’s Faculty of Computer Science, Multimedia and Telecommunications, have teamed up with Casas-Roma, who currently works as a researcher at Falmouth University in the United Kingdom, to look at how mathematical language can be used to formalize human imagination so that it can be recreated and run by machines.

Computation science and philosophy
Casas-Roma explained the concept further: “We’ve studied a number of theories regarding the logic behind voluntary imagination, with our sights set on writing algorithms that simulate the processes it follows.” This line of technology-based research overlaps with the so-called philosophy of psychology, a compendium of different disciplines that seek to understand the nature of the mind, including neuroscience, artificial intelligence, computational science, linguistics and biology. Since the 20th century, researchers in the field have ventured to analyse and understand phenomena relating to the human mind, establishing theories ranging from behaviourism, which addressed observable behaviours, to those arising in the wake of the cognitive revolution, which erupted following the computational breakthroughs made by Alan Turing in the 1950s. One of Turing’s contributions was the Turing test, which sought to determine machines’ ability to exhibit intelligent behaviour.

Philosophers of psychology have spent recent decades reflecting upon a range of matters, such as the meaning of “common sense” (to predict behaviours that follow similar or routine patterns), mental representation, and the influence of one’s environment, actions and body. When analysing such factors, it is important to remember that the mind is influenced by more than what goes on in the brain; reviewing details like the notes we write in our notebooks and the information we consume on social media using our smart phones are two good examples of this.

”Very often, we voluntarily imagine our response to different situations; for example, when we are confronted with a choice between different products,” said Casas-Roma, who is part of a group of philosophy of artificial intelligence, ethics, logic and epistemology experts. The UOC researchers published a scientific article which analyses different theories on how this voluntary imagination works, studying the logic behind it from a computational point of view and applying algorithms that predict future behaviours. Although the experts recognize that current scientific theories are not refined enough to computationally represent the human imagination, they unwaveringly agree that it is up to researchers like them to uncover the set of restrictions and variables that mark the limits of our imagination, in order to scientifically represent how we imagine.

Part of the researchers’ contribution involved the creation of a visual tool for classifying different imagination acts based on the procedures they follow. They also looked at where the theories were lacking and put forth an independent framework for determining imagination-related dynamics. The study suggests strengthening the structure shared among the different theories in order to use it as scaffolding for a formal mathematical model of imagination processes.

Harnessing technology to understand the human mind
Casas-Roma explained: “Virtually every matter dealing with the future involves the imagination in one way or another. Before making a decision, we imagine what the resulting ‘worlds’ will be like and use those thoughts to decide what to do. It’s an innate way of doing things for us humans, a process that helps us to manage our relationship with our surroundings.” Research into artificial intelligence explores humans’ ability to reason and establish hypotheses and suppositions about the decisions we are prompted to make at any given moment.

“Rendering the human imagination mathematically will open the door to new possibilities in artificial intelligence. I’m referring to machines that will be able to rely on humanlike reasoning to organize their tasks and make decisions, which will, in turn, mould their way of thinking to mimic our own. Our challenge is to use scientific criteria to understand and model what happens when we imagine, which will not only allow us to take artificial intelligence to new levels, but also to obtain a better understanding of our mind’s inner-workings,” Casas-Roma concluded.

Many scientists solely address the rational side of artificial intelligence. However, a growing number of experts are underlining the need to consider emotional aspects in order to boost the efficiency of smart systems. Critics of artificial intelligence who maintain that machines are incapable of fully mimicking human intelligence should keep in mind that humans are also unable to solve complex problems that machines might be able to handle in a matter of seconds.

The researchers’ endeavours are framed within the Spanish government-funded Lògica intensional híbrida (Hybrid intensional logic) project. Other participating universities include the University of Salamanca, the University of Aveiro in Portugal, the National University of Córdoba in Argentina and Roskilde University in Denmark. Furthermore, Casas-Roma carried out this study as part of a research project on creativity and computing in simulations and digital games funded by the European Commission, entitled Games Research Opportunities and Research Excellence in Cornwall and the EU (GRO).