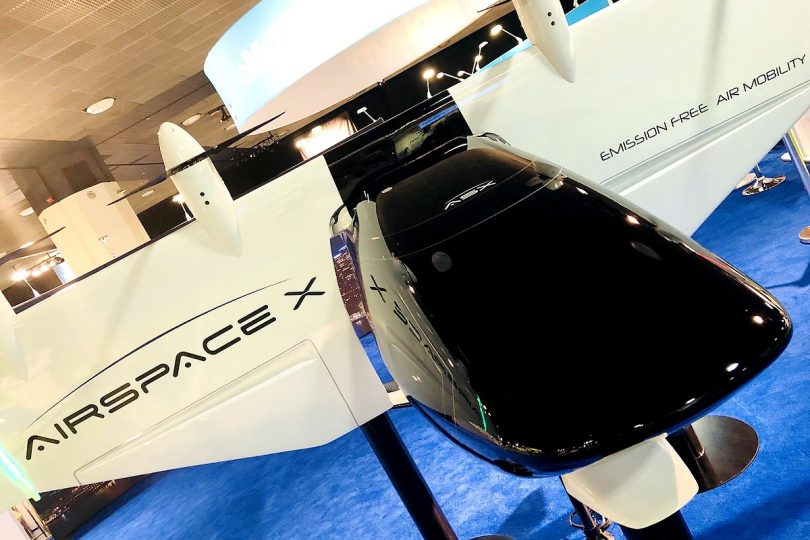 Airspace Experience Technologies, LLC – AirSpaceX –, a subsidiary of Detroit Aircraft Corp. (DAC), revealed a sub-scale model of its autonomous, electric VTOL aircraft “MOBi-ONE” at the North American International Auto Show (NAIAS) in Detroit. MOBi-ONE is designed to autonomously takeoff like a helicopter, fly like a plane, and transport passengers or cargo between urban centers, suburbs, and airports within 60 mls. MOBi-ONE will fly at a top speed of 250 mph leveraging existing Electric Vehicle (EV) architecture and autonomous technologies. 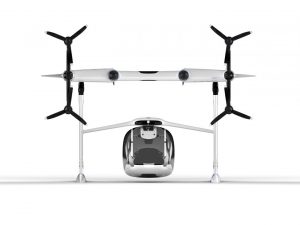 Recent advances in electric propulsion, automation, and lightweight materials now make the development of this new class of aircraft possible. MOBi-ONE will offer clean, quiet, and connected on-demand air mobility to the mass traveling public at an affordable price”, says Jon Rimanelli, founder and CEO of Detroit Aircraft and AirSpaceX. “Our vision is to mass produce aircraft leveraging lean automotive design and mass production techniques so our vehicles are affordable to the mass traveling public.”

“Our goal is to deploy 2,500 aircraft at the nation’s 50 largest cities by 2026, targeting existing infrastructure at first”, says JP Yorro, Chief Commercial Officer at AirSpaceX. “The MOBi development program will be capital intensive, but air Mobility as a Service could generate billions for the economy. We are considering a broad array of financing options, including potential fractional ownership interest and profit sharing models.”

Last year, U.S. drivers wasted an aggregate USD 300 billion in fuel and productivity sitting in traffic jams, yielding 38 billion pounds of carbon emissions. Not only is traffic taking over our lives, it is harming our environment. “There is an urgent need for innovation in urban mobility, and I believe on-demand air mobility will go a long way toward reducing pressure on roads while improving the quality of life for commuters on the ground”, says Rimanelli.

MOBi-ONE was designed and built by Detroit Aircraft Corp. at Detroit City Airport. AirSpaceX teamed with Camilo Pardo, renowned as the chief designer of the 2005 and 2006 Ford GT, in MOBi-ONE’s design. Pardo and Rimanelli began working together in 2011, prototyping and developing several VTOL concepts over the years. “The evolution of these prototypes culminated in an iconic design with the MOBi-ONE. We wanted to create an aircraft with a unique appearance that stands alone and also reflects its function”, explained Pardo.

Upon completion of engineering packages, a full-scale aircraft will be manufactured, undergo Part 27 Certification, and be operated by AirSpaceX. The sub-scale MOBi-ONE was taken from clean sheet design, fabrication and assembly in 4 weeks for display from January 14-21 at Cobo Center in downtown Detroit in the AutoMobili-D Technology Showcase.